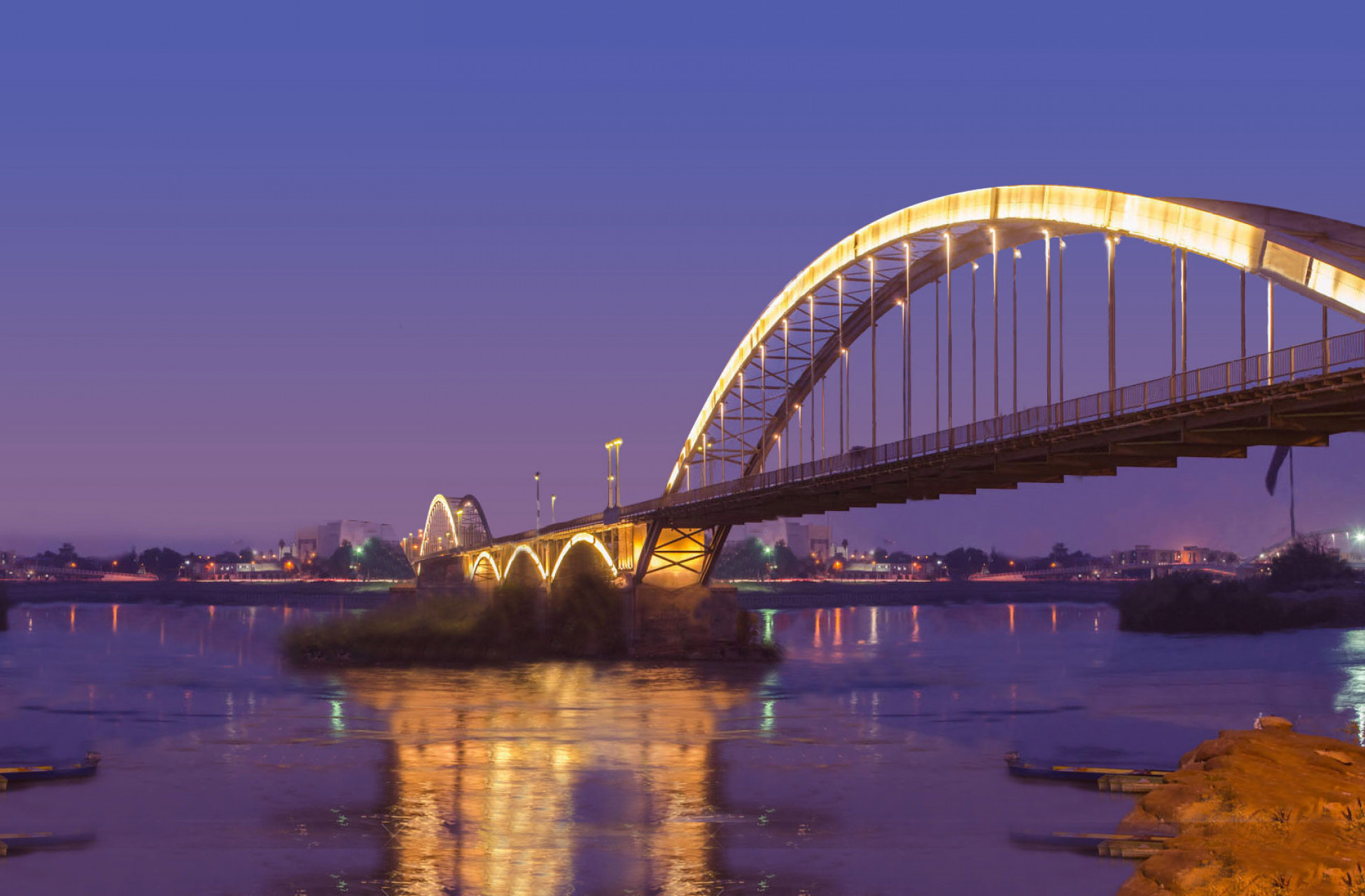 Ahvaz is a city in the south of Iran. At the 2011 census, its population was 1,112,021 and its built-up (or metro) area with Sheybany was home to 1,136,989 inhabitants. Ahvaz has the world's worst air pollution in Iran according to a survey by the World Health Organization in 2011. Ahvaz is located on the banks of the Karun River and is situated in the middle of Khuzestan Province, of which it is the capital and most populous city. The city has an average elevation of 20 meters above sea level. The word Ahvaz is a Persianized form, which in turn it is derived from a Persian word. The Dehkhoda Dictionary specifically defines the "Suq-al-Ahvaz" as "Market of the Khuzis", where "Suq" is the Elamite word for market, and "Ahvaz" is a broken plural of the form "af'āl" of the word "Huz", which itself comes from the Persian Huz, from Achaemenid inscriptions where the term first appears. Thus, "Ahvaz" in Persian means "the Huz-i people", which refers to the non-Arabic original inhabitants of Khūzestān. The name of the region appears in medieval Syriac sources as Beṯ Huzáyé, literally meaning "land of the Huzis". The term "Huz", meanwhile, is the Old Persian rendition of Suz (Susa-Susiana), the native Elamite name of the region. Old Persian commonly changed the initial "s" in a foreign word into an "h," most famously, in its rendition of the name the river and the people Sindh/Sindhi into Hind/Hindi, which was then Hellenized into Indus, whence India.[citation needed] See Origin of the name Khuzestan and Elam#Etymology for more details.

Susa is one of the oldest cities in the world. Excavations have uncovered evidence of continual habitation dating back to 4200 BCE. Susa was a principal city of the Elamite, Persian and Parthian empires (capital of the Elamites) and was originally known to the Elamites as 'Susan’ or 'Susun’. The Greek name for the city was Sousa and the Hebrew, Shushan. The modern city of Shush, Iran, presently occupies the ancient site. The old city, is situated between the modern rivers Karkheh and Dez (the rivers Choaspes and Eulaeus mentioned in the Biblical Book of Daniel 8:2, where Daniel received his vision), which bring mud down from the Zagros Mountains making the area one of the most fertile in the region. It was the political center of Elam early in the fourth millennium and there is a fortress, still extant, which dates back to this period.

The Assyrian king Ashurbanipal destroyed Susa completely between 645-640 BCE to avenge the perceived wrongs the people of Mesopotamia had suffered at the hands of the Elamites. The city was rebuilt and inhabited sometime after Ashurbanipal’s attack only to be conquered by the Persian king Cyrus the Great in 538 BCE. It was made the capital of the Persian Empire by Cambyses II and was expanded by the Persian king Darius the Great (549-486 BCE) who favored it over his other residences.

Shushtar is a city in and the capital of Shushtar County, Khuzestan Province, Iran. At the 2012 census, its population was 192,361. Shushtar is an ancient fortress city, approximately 92 kilometres (57 mi) away from Ahvaz, the centre of the province. Much of its past agricultural productivity derives from the Roman-built irrigation system which centered on the Band-e Kaisar, the first dam bridge in Iran. The Mayor of Shushtar is Ahmad Asefi.

Shushtar, Historical Hydraulic System, inscribed as a masterpiece of creative genius, can be traced back to Darius the Great in the 5th century B.C. It involved the creation of two main diversion canals on the river Kârun one of which, Gargar canal, is still in use providing water to the city of Shushtar via a series of tunnels that supply water to mills. It forms a spectacular cliff from which water cascades into a downstream basin. It then enters the plain situated south of the city where it has enabled the planting of orchards and farming over an area of 40,000 ha. known as Mianâb (Paradise). The property has an ensemble of remarkable sites including the Salâsel Castel, the operation center of the entire hydraulic system, the tower where the water level is measured, damns, bridges, basins and mills. It bears witness to the know-how of the Elamites and Mesopotamians as well as more recent Nabatean expertise and Roman building influence.

Each city of Iran has its own local bazaar. In Ahvaz there is a local bazaar called Talekani in which you can buy souvenirs and taste traditional dishes in the restaurant. As Khuzestan is a vast province, there is a wide range of handicrafts in each region such as carpet, a kind of chain stitch embroidery, Kilim weaving (a type of coarse carpet), Jajeem weaving, mat and rush mat weaving. 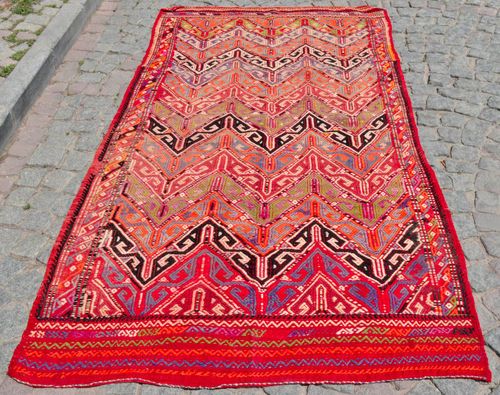 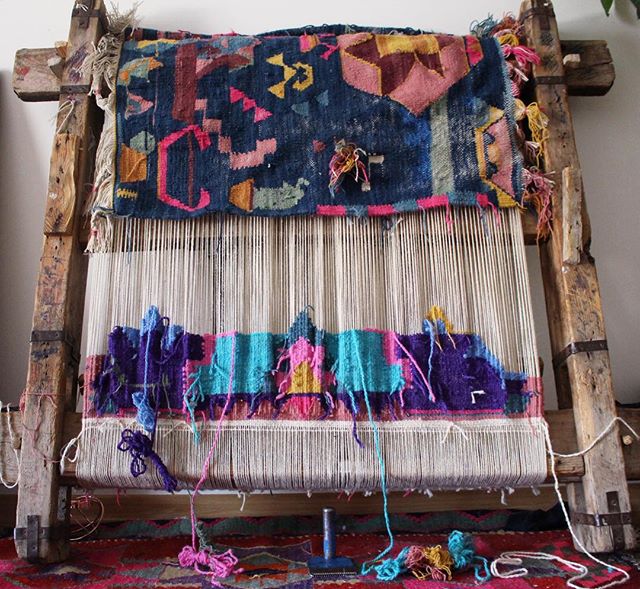 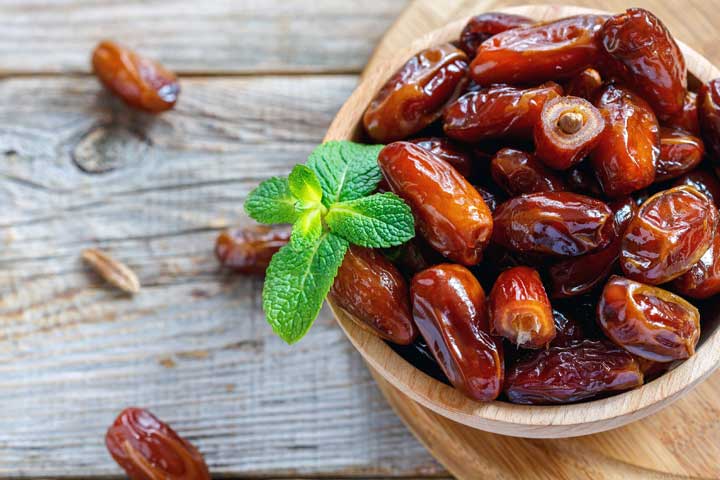 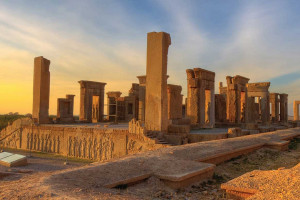