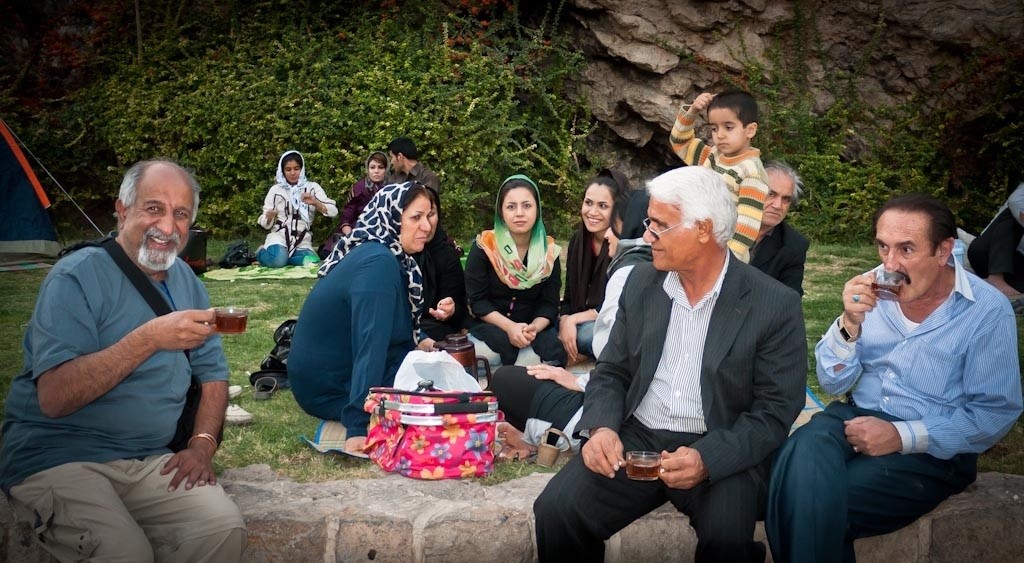 Generally speaking, Iranian families are the basis of the social structure. Children usually take responsibility for their family quite seriously. While Persian Families tend to be small, only 1 or 2 children, but the extended family is quite close. In addition, loyalty to the family comes before other social relationships, even business. Moreover, the concept of family is more private than in many other cultures.

Relationship of Iranian with their family members

Culture of Marriage in Iran

The unity and honor of the family are very important in Persian culture, even more than individual wishes. Most families are headed by the oldest male, with formal authority descending through other males by age. The father is head of the family and is expected to protect and provide for the family. Mothers are expected to care for children and the household.
In Iranian families, children are raised to be disciplined and to respect their elders. They are expected to be clean, well-behaved, and good students. Parents make sacrifices for children, especially for their education. Elderly parents are dependent on adult children and grandchildren.

Relationship of Iranian with their family members

Iranian family members are very close to each other. Therefore, generally, people feel relax with their moral codes of behavior when surrounded by people from their inner circle. The inner circle is primarily their family members and close friends.
Iranian usually turns immediately to their family members for assistance and may tell their problems and issues only to them Moreover, they usually keep any information surrounding troubles within the family circle away from public knowledge. As a result, this type of family culture in Iran provides support and guidance, especially for the young generation.
Being loyal to the family members is very important in Iranian families. It means that the family’s honor, achievements, and shame are shared between all family members. All people may gain the prestige of a family’s success or bear the responsibility for a family’s dishonor.
The typical Iranian family household is extended to include grandparents. The extended family has traditionally been the basic social unit. In rural areas, the maintenance of this pattern is crucial for survival in hard times and so is generally preserved. In urban areas, the significance of the extended family has diminished because of the geographical dispersion of the extended family and differences in status and material wealth.

While it has been changed nowadays, but according to the culture of Iranian families, all the family, including children, parents, and grandparents travel together. That is why you see a group of people from different generations travel together. You can still see this culture mostly during Norooz, which is the Iranian New Year.

Culture of Marriage in Iran

In Iran, marriage regulations are defined by Shia religious law, although others are permitted to follow their own religious practices. Marriage in Iran is traditionally viewed as a permanent commitment, bonding not only the married couples but also their families.
Arranged marriage is common in Iranian families, especially in rural areas. A delegation of parents and elders from the man’s side is usually responsible for the “khastegari”, the formal marriage proposal. During their first meeting, the two families discuss the marital contract, in which matters such as the size of the dowry are settled.

Living alone is extremely unusual for unmarried children in Iran. People usually only leave home to attend university in another town or for work. Although in the past few years, the young generation of Iranian tries to leave homes for independence and their own space, it is not much cultural precedence for this. Those who do live alone are mostly men, and women living alone are regarded with extreme suspicion.