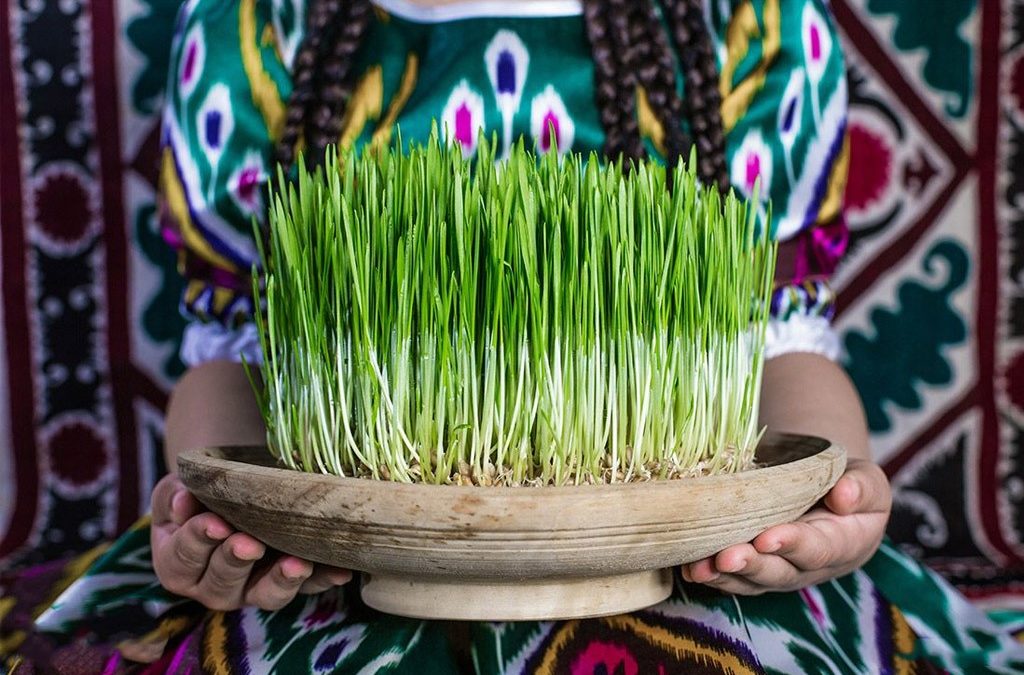 Nowruz which means “New Day” has been celebrated all around the globe for many years. It is Persian new year’s celebration with an interesting story behind it. Curious? Read the text below to indulge your curiosity!

In this article, we discuss about following subjects:

The Origin of Nowruz or Persian New Year

In ancient Iran, different types of festival were celebrated during a year, including Aban, Tirgan, Mehregan, Yalda, etc.

Nowruz was also one of the biggest celebrations which traced back to over 3000 years ago. There is no specific date for the emergent of this festival. But, according to legends, Jamshid (the fourth Shah of Pishdadyan dynasty) was out of his palace in the southern part of lake Urmia. He was struck by the scorching and shining sun; so, he called that day Nowruz (daylight). Another story about the origin of Nowruz is that, Jamshid was passing through Azerbaijan. He ordered his servants to bring his throne. While he was sitting on that throne with his sparkling crown, the sun shone on the crown and the world became shiny. So, people were happy and they called that day Nowruz.

Cyrus the Great was the first kingdom who recognized Nowruz. He decreed that environment should be cleaned and troops should be promoted. The king also granted amnesty to offenders on that day. In Achaemenid era, people planted different kinds of cereals and legumes, like chickpea, wheat, bean, barley and rice, 25 days before spring starts. They waited for the fertilization of plants until 16th of Farvardin (the first month of spring). In their opinion, the more fertile plants they have, the more food they will gain in that year. They threw water on each other and lighted fire.

Persian Yalda Night
Chaharshanbe Soori - Everything about this Iranian Festival

Each of these countries have their own version of celebrating Nowruz. But, here in Iran is a whole new, big celebration that worth time to read up on.

Nowruz is all about new beginnings. Wishing prosperity and welcoming the future while shedding away the past. Iranian new year commences the compassion and love toward people and forgetting the previous hatred. People also buy brand new clothes to symbolize fresh start. Iranian hospitality is a famous fact that runs in their veins no matter what. People visit friends, neighbors and relatives, share meals and throw big parties.

Wait! It’s not finished yet. There are certain traditions that you haven’t known about yet:

Starting a new year is not just about visiting friends and wearing new clothes. The most important part of Persian new year is about “CLEANING”.

Before spring starts, all members of the family gather around to clean the whole house. And when I say, “the whole house” I really mean it. Everything from carpets, curtains, walls to furniture and windows are being cleaned. The house is decorated by flowers. Everything has to be in its perfect shape. The reason of this cleaning dates back to many years ago. People believed that spirits of the dead returned to their homes on the first day of spring. If the house was clean and beautiful, spirits prayed for them. On the contrary, they cursed at the house and that year was going to be the worst one ever.

Haft Sin which represents 7 Ss, is the combination of seven special items on the Iranian new year’s table, all of which starts with the sound of “س” in Farsi (like “S” in English). As it was mentioned, this table has seven objects that each symbolizes something:

• Samanu (sweet pudding made from wheat germ): symbol of affluence

There are other items on Haft Sin table, like:

Persian new year doesn’t end when the bell rings. It continues for 13 days. The 13th of Farvardin is called “Sizdah Be-dar”. 13th day of month was called “Tir-Roz” in the ancient Iran’s calendar which represented the goddess of rain. People got out of their houses and spent time on nature while celebrating the last day of holiday.

Nowadays, Sizdah Be-dar is a day dedicated to nature. People get to the mother nature and tied their sprouts and put them on the river. There is an old tradition that single young people tie the leaves of the sprout and put it on the river, expressing a wish to find a partner!

Iranian also have their own version of Santa Claus. Amoo Nowruz or Uncle Nowruz (also called uncle Firooz) pops up during the Persian new year to bring good wishes. He is depicted with blackface and has a special clothes in red.

Now, you know everything about Iranian new year and Nowruz. Next year, you can celebrate Nowruz among other Iranians around the world.