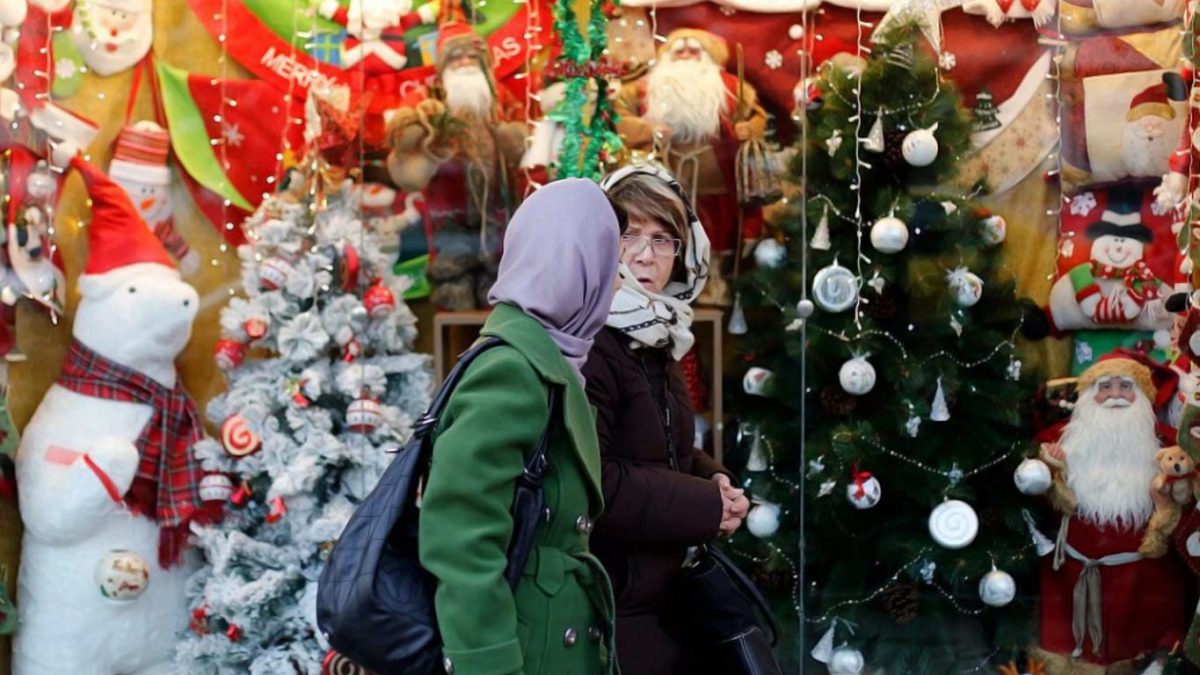 Christmas is one of religious festivals of Christians, celebrated every year in different countries. Birth day of Jesus Christ has turned to a popular festival among non-Christians as well, during recent years. Iranian people are one of the nation’s becoming interested in this festival and streets in big cities are crowded during the period. Stay with us so that Christmas in Iran would be reviewed.

• How Christmas is celebrated in Iran?

• Atmosphere of Christmas day in Iran

Iran is a multicultural and historic country with people from different folks living in it. New Christian year festival is coinciding with last months of autumn in Iran which is a low season in terms of tourism for Iranian people themselves. You as a foreign tourist can arrange your travel to Iran during these months and to enjoy Christmas festival in many historic cities in the country along with many Armenian citizens residing in them. You can use tourism services such as hotels in Iran and services rendered by them, with proper price.
The interesting point is that most of Iranian cities where many Christians live in are from among old and historic cities with so many tourism attractions. Cities such as:

These cities are among old and historic cities with so many tourism attractions. This is why; you will be experiencing mood of New Christian Year along with enjoyable visit being made of the most famous tourism monuments in the world.

How Christmas is celebrated in Iran?

Christians in Iran are mostly Armenians with very long history of living in Iran. A minority of Assyrians also are residing in Iran.
Christians in Iran mostly are 80000 to 120000 Armenians. These people living in big cities such as Tehran and Isfahan.
In fourth century A.D. Armenians have been converted to Christianity by Saint Girgor Lusavorich. History of bold presence of Christianity and Christmas festival in Iran is dated back to Safavid era. At that time and during the war between Safavids and Ottoman government, many of displaced Armenians residing in northwest of Iran have been brought to the central part of Iran and Isfahan upon order of Shah Abbas; and, some of them have been brought from Azerbaijan cities for the safety reasons. These Armenians have had bold presence in Iranian history and culture; and, nowadays population of Christian Armenians following Ortodox religion like those in many East European countries (Russia, Greek, Ukraine, and etc.) have several religious formations and representatives in Islamic Parliament in Iran.
Independent Armenian Church is the biggest decision making authority regarding Christianity of Armenians; and, vast majority of Armenians are members of this church. In Iran also some formations like Armenian Caliphate and brotherhood communities are available.

There are many churches in Iran; and, one of their tasks is performing Christmas related activities in the country.
Most of churches located outside Tehran are old and no more in use; however, churches in Tehran and Isfahan are still in operation for Christians.

From among the most important churches in Iran reference could be made to the Church of Hail Mary in Mirza Koochak Khan Street in Tehran. Saint Sarkis at the corner of Karimkhan Avenue and other churches such as:

Armenian churches in Iran can be recognized through their conical domes in the middle of modern architectures in the cities; and, they can be easily found. During Christmas in Iran these churches are decorated and you can take part in ceremonies held by them.

Atmosphere of Christmas day in Iran

One of the new things observed on Christmas day in the streets of big cities like Tehran and Isfahan is Christmas pine tree. These trees are mostly sold in Vanak Square passages and stores, as well as those in Jomhouri and Sadi Streets, as well as Narmak Neighborhood in Tehran. In Isfahan, they are sold in Vank Neighborhood where many Christians reside in.

Showcases during the period would be full of colorful stars and balls (golden, silver, green, yellow, violate), as well as LED string lights, fantasy lights, statutes, Santa dolls, and Santa Claus’s reindeer pulling a sleigh, fantasy decorated snowmen, various fantasy animals with winter cloths, and/or small and large beautiful candles.
Everywhere in the city would be decorated with red and green strips as well as golden boxes; and, at showcases and entrances of hotels and large buildings in various parts of Tehran, some pictures from Holly Marry, Joseph, and Jesus as an infant are observed.
On Christmas day, confectioneries where special pastries for Armenian are sold are crowded and pastries baked by Armenians for Christmas are used by many people. One of the famous pastries special for Armenian’s New Year is Gata i.e. a puff pastry being extremely crispy and delicious. Those who refer to confectioneries usually order milk chocolates, kernelled chocolate, and special cake for the eve of New Year. Christians in Iran believe that using these pastries is a blessing. One of these reliable confectionaries you may refer to during your travel to Iran is located at Sadi cross road.
Armenian families and those interested in Christmas in Iran pay a visit to their friend and families to end this beautiful festival with pleasure. This festival in Iran is not just dedicated to Christians; and, Moslems also respect much the festival.

Here, we had an overview on how Christmas Holidays (New Year) is spent by people in Iran. This festival is held on eight month of the year which is low season in terms of tourism in the country. This is why; services rendered and products provided at this season are of very low price; and, foreign tourists can use them with proper price. You can travel to beautiful country of Iran during one of these days so that the mood of Christian New Year and Christians in Iran and its big and historic cities such as Isfahan, Tehran, Shiraz, and Tabriz would be experienced by you.

Bread in Iran: The Most Common Iranian Breads

Naqsh-e Jahan Square - A Masterpiece from History of Iran