ghoghnos blog > Food > Persian drinks; Are they as good as the glorious Persian cuisine? 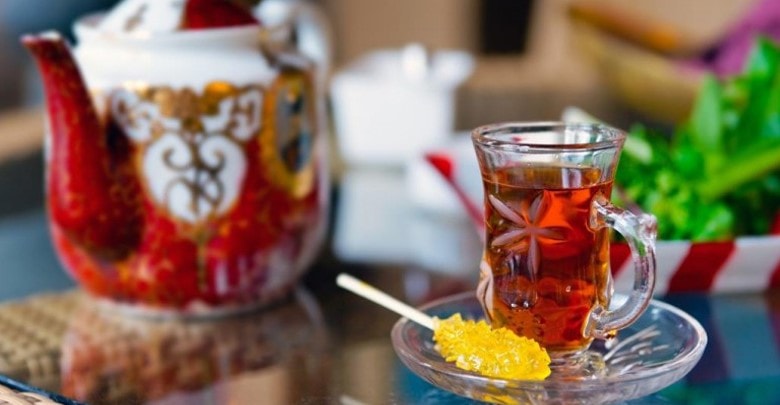 Each culture has its cuisine and as you probably already knew, Persian cuisine is one of the most famous and popular ones on earth. Are Persian drinks as compelling as their foods?
Food and drinks could be a good reason to travel around and be able to taste different kinds of cuisines with different cultures and people.
So, we all know about Iranian cuisine, right? But what about Iranian drinks? Have we heard enough of them? Well, if the answer is “no”, I invite you to learn more about them.

• What are Persian drinks?

What are Persian drinks?

Apart from being delicious and enchanting, Persian drinks have a focus on overall well-being. You can always find drinks that help with insomnia, fatigue, headache, vertigo and many other inconveniences.

There are two types of Persian drinks:

Sekanjabin is one of the oldest Iranian beverages. It’s made of water, wine vinegar, and sugar/honey. You can add mint as well if you desire. Sekanjabin can help a lot with heatstroke because of its cool temperature. Persian people mostly have lettuce served with this Sharbat.

Saffron itself is an Iranian souvenir that is possibly found in every house in the country. It is mostly used for giving flavor and color to food but the Sharbat is nothing less tasty. Water, saffron and rose water are mainly used to make this excellent tasting beverage. This Sharbat is one delicious cure for agitation and depression.

Baharnarenj or simply bitter orange is native to south of Asia. In Iran, Baharnarenj is mostly cultivated in Shiraz city in south of the country.
In Baharnarenj Sharbat however, only the blossom of this fruit’s tree is used in the mixture. This unbelievably delicious beverage is potentially the most efficient one in terms of helping with insomnia. Baharnarenj, honey and saffron are a must of this Sharbat.

“Ostokhodous” is a difficult name that local people have decided to give lavender. The amazing fragrance and color of lavender Sharbat makes it stand out compared to other Iranian drinks.
Lavender is a wild flower with an enchanting smell that grows in various parts of world. Lavender is included in Iranian, Indian and Chinese traditional remedies. This flower is also a favorite for athletes because it is beneficial in terms of fatigue and muscle soreness.

Iranian warm drinks are mostly made of leaves or petals of different plants and flowers. The majority of them has health benefits and is available in almost all Iranians’ houses.
Add them to water and allow them to draw. Voila! You got yourself a nice tea just like a boss!

Golegavzaban or purple Cowslip grows in foots of Alborz Mountain in Iran. The flower itself can be found in red or pink but the dried one which is used in Persian Golegavzaban is purple. It is said that this tea is good for reducing tension and calmness.

You can find red rose in a flower shop or your neighbor’s garden. But that has no other use than gifting it to someone. The pink rose is exclusively used in rose tea. Containing various vitamins such as: vitamin A, vitamin C, vitamin D and vitamin E makes this one to be one of the most health beneficial beverages on the planet. It helps with blood flow issues, ulcer, stomachache and several other health issues. Iranian drinks are mostly made of the dried version of plants or flowers and this one’s no exception.

Zanjabil is the Persian way to say “ginger”. Ginger is usually consumed as a spice for food and was one of the first spices to have been exported to Europe. Its warm temper makes it so ideal for a cold winter morning.
Zanjabil tea is famous for its remarkable effect on asthma and nausea. There are different ways to prepare this tea, though it is mostly mixed with turmeric and honey.

Black tea is predominantly grown in northern cities of Iran and is the oldest of Persian drinks.
Compared to other Iranian drinks, black tea is the most popular one for people in the country. Iranian black tea is an infrangible piece of Persian culture so, it is found in every house in Iran.
People simply call it “Chai” just because how common it is between them. It helps a lot with bruise recovery and teeth gum condition.
Where can I find them?

Almost every city in Iran presents disparate kinds of cuisines and drinks. But that doesn’t necessarily mean that you can’t find them easily and ubiquitously. Tabriz, Tehran, Shiraz and Isfahan have more diversify of drinks availability.

Chai is a crucial part of Iranian people’s culture. Chai and other Persian drinks are so common among the nation that ceremonies and events like weddings, birthdays funerals or even small gatherings feel incomplete without them.
All these colorful, Tasty and aromatic drinks may be prescribed to deal with various ailments or just an excuse to have a reunion with loved ones.