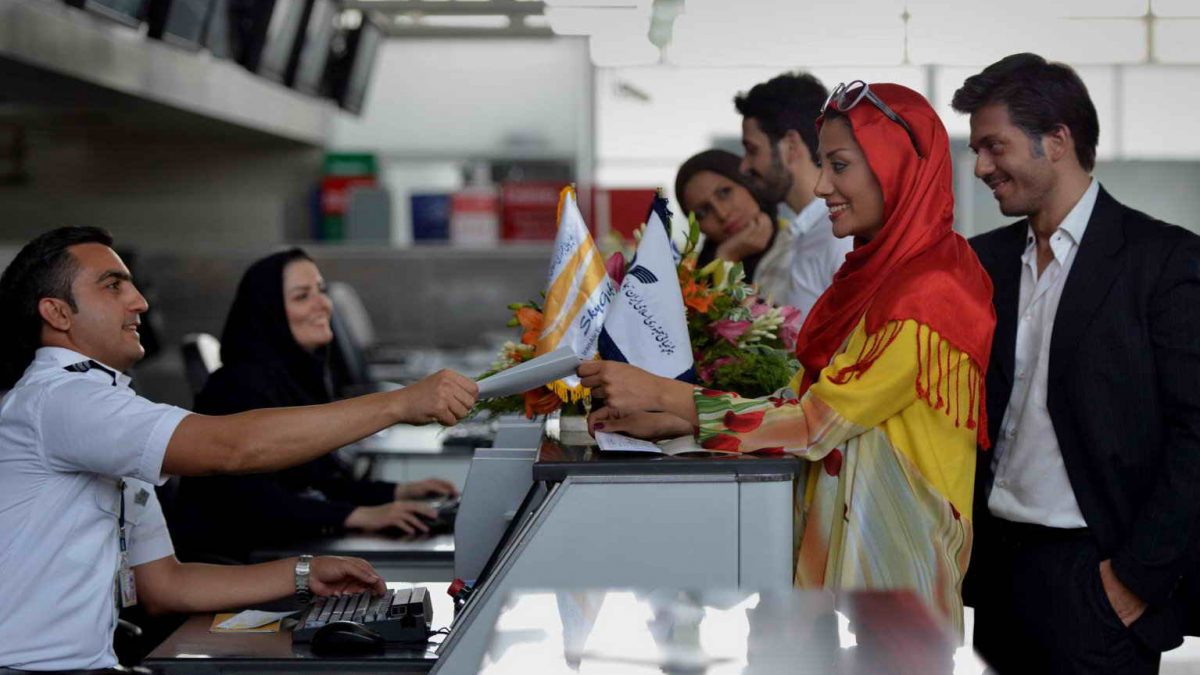 More than 100 airports are operating in Iran, some of which are international airports as well. There is at least one operating airport in each province, hosting passengers from different cities. Offering over 20 airlines, Iran is among the countries in the region facing air traffic. Tehran province, the capital city of Iran, has two main airports, one of which is serving international flights. Tehran Imam Khomeini International Airport and Mehrabad Airport are the two Tehran airports hosting domestic and international passengers. Whereas the world’s well-equipped airports, Tehran airports offer high-quality services, including CIP lounges, restaurants, shopping centers, banks, etc. Stay tuned to know more about Tehran airports.
As one of the oldest countries having an airport, Iran offered its first airdrome, Masjed Soleiman Airport, in 1909. Iran is now the 22nd country with the most airports in the world. The country’s largest and most modern terminal, Tehran Imam Khomeini Airport, is probably the major terminal for almost all tourists and foreigners to land. Therefore, it has been modernly designed to be a perfect welcoming introduction to this precious region. It might be interesting to know that Tehran’s first airport, Ghale Morghi, was constructed in 1922. It was turned into a military airbase later, and it is currently a public park. The newer Tehran airports, Mehrabad and Imam Khomeini terminals were constructed, later on, to host a large number of tourists visiting Iran and Tehran attractions. In the following, you will read about these two Tehran airports and their facilities.

Planning for an Iran travel, you might have heard Tehran airport name: IKA. As one of the well-designed and well-equipped Tehran airports, Imam Khomeini Airport (IKA) is located in an area of 13,500 hectares (33,000 acres), around 30 kilometers southwest of Tehran. All international flights to Tehran (except for Hajj charters) are currently served by Tehran Imam Khomeini Airport, in which more than 40 active airlines are operating. Tehran Airport IKA ranks third in terms of total passenger traffic in Iran after Tehran Mehrabad and Mashhad airports. Tehran international airport is operated by the Iran Airport Company and is the primary operating base for Tehran airport airlines, such as Iran Air and Mahan Air.

The early planning of the Tehran international airport refers to the years prior to the 1979 Iranian revolution. The original designer was Tippetts- Abbett-McCarthy-Stratton (TAMS), an American engineering and architectural consulting partnership. Following the Iranian revolution, however, the project was abandoned until the Iranian government decided to design and build Tehran Airport IKA, using local expertise headed by the French firm ADP. Tehran Imam Khomeini International Airport officially started operating on 28 October 2007.

The Accor Hotels opened Novotel and Tehran Ibis Hotel on the airport premises in October 2015. These two Tehran airport hotels are connected to Terminal 1 by a sky bridge passing through the Tehran airport metro station.

The French Corporation Accor Hotels opened Novotel and Tehran Ibis Airport Hotel on the airport premises in October 2015. These two Tehran airport hotels are connected to Terminal 1 by a sky bridge passing through the Tehran airport metro station. Below, you can also find the Tehran airport map to know more about the location.

You can readily access the Tehran airport location via all the available means of the Tehran transportation system, such as taxis (airport- operated and online taxis), buses, and metro. A typical taxi-journey from the airport to the center of Tehran takes around 45 minutes. The airport-operated taxis are often yellow Toyota Camry, Toyota RAV4, Volkswagen Caddy, or IKCO Samand.
Imam Khomeini Airport Metro Station is located on the first level of Terminal 1. To get the IKA by Tehran metro, you need to go to Shahed Station (Redline- Line 1) and then change to Shahr-e Aftab. (Note of warning: waiting time for Tehran airport metro could be large, as trains depart every 70 minutes.)
The schedule of Tehran International airport flight departures is available at Tehran airport’s official website.

Serving both domestic and international flights before the opening of the IKA in 2007, Mehrabad airport was Tehran’s main airport for several decades. Although it is now only handling domestic flights, Mehrabad is the busiest airport in the country in terms of passengers. It is also used by the Iranian government and is one of the bases of the Iranian air force.

The airport was used for the first time as an airfield for aviation club planes in 1938 and after World War II, along with becoming internationally recognized by joining Iran Civil Aviation Organization to the ICAO in 1949, the airport became an air force base as well. When Tehran Imam Khomeini International Airport opened in 2007, all international flights moved to the IKA, and Mehrabad Airport is now serving all domestic flights from every corner of the country.

Tehran Province: An Aperture to the Modern Iran