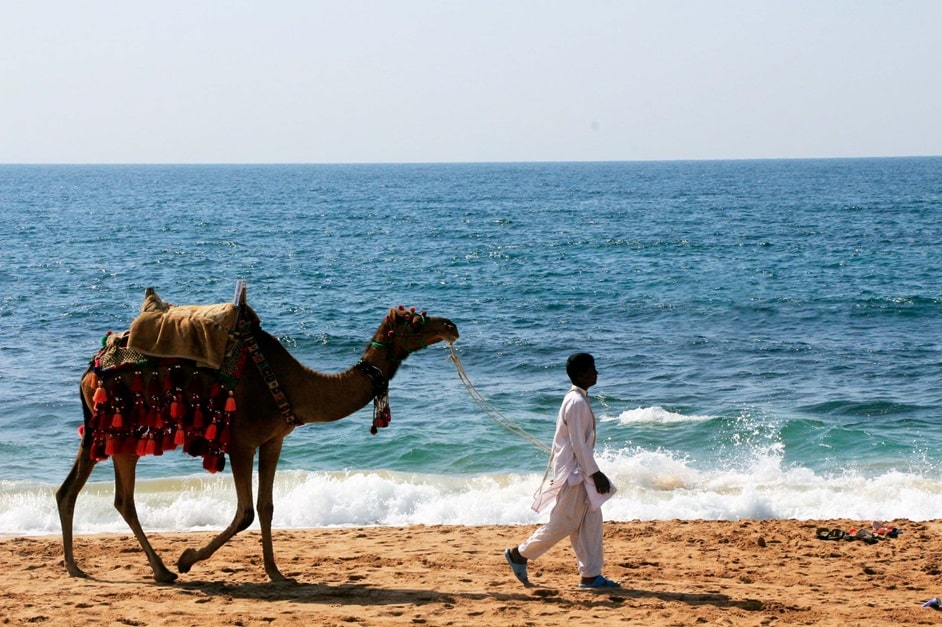 Chabahar is the southern region in Iran and a vital link between the country and the ocean water. You may introduce popular cities such as Shiraz, Isfahan, Hamadan, or the northern cities as an attraction to a tourist. Although all these tourist destinations are quiet unique in the world, an unspoiled place like Chabahar in the heart of Sistan and Balouchestan province can appeal to international tourists out of its remarkably diverse attraction and provide an unforgettable experience of traveling to Iran. In the following, we are going to get familiar with this lovely city.

• Accommodation and food in Chabahar

Chabahar is a port city located in a tropical zone alongside the the See of Oman and Indian Ocean. Iranshahr and Nikahahr in Sistan and Balouchistan province, Muscat in Oman, and Karachi port in Pakistan are the cities situated near it. Its area is approximately 9739 square kilometers and it situated at a height of about 7-meter. Almost 300 thousand people live in this little wonderful city who are mostly in trading or fishing.
Due to the flourishing business in this town, a large number of tourists travel to this place to purchase foreign products at an affordable price. Cosmetics, clothing, foods, and home appliances are among the goods which are winning favor.
It is not only for the commodity but also for the thrilling and special appeal that this city regarded as a remarkable stop for travelers.
Thanks to some sceneries that rarely exist in the world, such as geomorphology phenomena, Chabahar is the nature lover paradise. Martian mountains, Avicennia marina, Mud volcano, Marsh crocodile (Gando, the only indigenous crocodile in Iran) protected area, Lipar Pink Lake, Cemetery in Tis, Banyan (ficus benghalensis), and Baan Mesiti Caves and Temple are among these phenomena.
This port city can be visited almost during all seasons, and it is because of such temperate climate that named Chabahar or 4 spring. However, the best time for traveling to Chabahar is winter and early in spring.

Multiple shopping centers which find everywhere, are easily available for the tourist. Balouch colorful clothes are the first thing that catches everybody’s eyes. Trinket and traditional jewelry are other items that purchase as a souvenir. Needlework, tent weaving, fancywork, mat weaving, mosaic tile work, pearl, and precious stones will thrill you if interested in their handicrafts and if you look for food, Landu pastry, fresh fish and shrimp, spice, medical herbs, and tropical fruits, are available for you.
Pakistani’s product, food, and so on can be found in Chabahar owing to its closeness to this country. Even though most of this delicate food is strange and peculiar to Iranian and foreigners, it is seemingly worth to taste it.

Accommodation and food in Chabahar

If you intend to stay a couple of days in Chabahar, there are many options open to you. Tourists mostly prefer to rough it alongside the coastal areas and put up tents in nature. Others, however, choose to stay in ecotorism dwelling and rent local houses. But if you plan to stay in hotel, you can book in at fancy hotels like, Lipard, Laleh, or Venous coastal hotel.
You can try fresh seafood for a meal. Restaurants around the city are of high quality, and most of the tourists would rather taste it once. Baam restaurant, Balouch restaurant, Tehrani, and Makran restaurants are among the best.

If you decided to stay there for a long time, you can visit villages and picturesque places around the city. These places are mostly not far from the city center and can be reached within an hour and the road leading them create part of the stunning travel.
Gavater port, one of the most outstanding places around Chabahar, has incomparable views in addition to its significant role in the country’s import and export. You can visit Avicennia marina by hiring a motorboat or if lucky see tens of dolphins that are residents of the See of Oman who swim beside your boat.
Bahoukalat village is another attraction of Chabahar which its pristineness makes it the best place for different animals like crocodiles, deers and a variety of birds.
Tang luminous beach provides you another unique phenomenon. Phytoplanktons, bacteria, and other tiny marines that radiate brilliant blue light create breathtaking images in the night.
Ramin village which is located in Kambel-e-Soleyman rural district is full of attraction. This village stretches to Tiskoupal Mountain from the north, Chabahar from the west, and the See of Oman from the south, and many natural phenomena can be found there.

Undoubtedly, there needs plenty of time to visit all the Chabahar attractions. If you intend to see various natural, ancient, cultural, and rural charms just in one place, Chabahar gives you a specific option. This picturesque town is one of the most international tourist’s destinations, why are you not one of them?

Chaharshanbe Soori - Everything about this Iranian Festival

Iranian Clothing – What to wear while traveling to Iran?