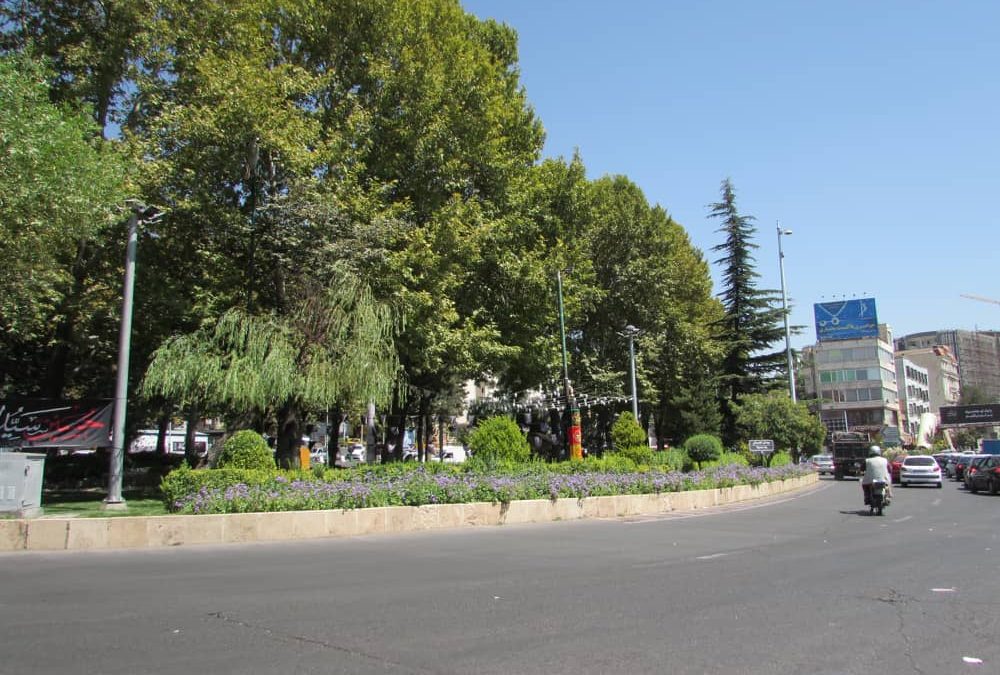 Being located on Tajrish Square, the roofed historical Tajrish bazaar (bazaar-e Tajrish بازار تجریش تهران), is the small sample of Tehran Grand Bazaar. This photographic bazaar, considering one of the most visited Tehran attractions, offers an overwhelming atmosphere, replete with colors, fragrances, flavors, and sounds. You can easily immerse yourself into the people’s casual lives, running through the corners of this lively bazaar and enjoy it.

Tajrish Square, the center of Shemiranat district is located on the Alborz’s southern skirt and at the end of Vali-e Asr Avenue, the longest avenue in Tehran, which links the south to the north. Tajrish square and bazaar are among Tehran’s most crowded places, where numerous people shop and recreate daily. Tajrish bazaar Tehran is a must see attraction, visited by local and foreign Tehran tours as well. A well Tehran travel guide will help you visit this picturesque historical bazaar.

Historical records show that the oldness of Tajrish dates back to 1000 years ago, when Ravandi, the historian of the Seljuk dynasty, mentioned the area as Taj-rasht. Taj-rasht and Dezh-Ashoub (current Dezashib district) were two neighboring, under-populated villages on a hill called Gel-Bavekan. When Saleh-ibn- Mosa, the brother of Imam Reza (the eight Shia Imam), was killed in Golshan Garden of Taj-rasht and was buried near a 1000 year old plane tree, the area got more populated and extended.

When Fath-Ali Shah Ghajar (1772-1834) reconstructed the Shrine of Saleh-ibn Mosa, Tajrish bazaar was erected next to the Shrine as well. The central core of Tajrish bazaar is Tekye Tajrish (recorded as a National Monument), a chamber constructed for holding religious ceremonies, which is currently used as a part of the bazaar, except for ten days yearly, when Ta’zieh is held for Ashoura rituals. Ta’zieh is a religious performance, narrating the martyrdom of Imam Hossein (the third Shia Imam). TekyeTajrish, with its theatrical architecture, offers a proper stage for doing so.

After settling Reza Shah’s summer castle in Sa’ad Abad, Tajrish district flourished and developed even more. Before urbanizing growth and new massive constructions, the area was covered by numerous trees and a river full of lucid water. Therefore, the weather used to be cool and fresh in the region, and many people came to Tajrish square for shopping, recreation and having fresh, seasonal fruits as well. In spite of the huge flood of 1987, which destroyed Tajrish grand bazaar and square completely, the whole area was reconstructed.

Tajrish Traditional Bazaar: The Construction of an Original Persian Structure

As an adobe structure, Tajrish traditional bazaar will amaze you with its brick arches and turquoise ornamentation. Having a rectangular shape and an elevated central stage, Tekye Tajrish (located at the western entrance) offers two level circuits chambers (called Hojreh in Persian). There are four to six chambers on every side, while the alcove (called Shah-neshin) is situated on the western side.

Each chamber used to be titled after an old Tajrish noble, who probably possessed the loge as well. Surrounding walls and the ceiling are covered with colorful tiles, while each chamber has its name inscribes in Nasta’ligh calligraphy on turquoise tiles. Tajrish traditional bazaar with a length of 700 meters has placed more than 400 champers with several exits to alleys and passages.

You will definitely enjoy the profusion of tantalizing aromas of different oriental spices and dried plants. The variety of vivid colors and the chattering sounds of customers and merchants will definitely add to the awesome experience of visiting Tajrish bazaar.

The Feast of Colors, Scents and Sounds

Same as all other Iran bazaars, you may find everything from soup to nuts in Tajrish grand bazaar as well. There are stores selling copper utensils, home appliances, shoes and clothes, fabrics, handicrafts, fresh and dried fruits, pickles and vegetables, saffron and other spices, nuts and confectionaries, accessories, beads, cosmetics, and even gold and jewelry!

Tajrish bazaar is well-known for the rare and seasonal fruits, which create a distinctive image with their vivid colors, shiny skins and intact stems. Fresh fruits and vegetables, pickles and nuts, are displaying a festival of deep colors in a lifelike fresco. You will definitely enjoy the profusion of tantalizing aromas of different oriental spices and dried plants as well. The chattering sounds of customers and merchants barraging over prices even add to this awesome experience.

Tajrish bazaar, Tehran is open, hosting visitors, everyday even at weekends. Contrary to other bazaars that are often desolated at sunsets, Tajrish grand bazaar night life is exemplary. Many people are commuting, lingering and even window shopping till the late night hours. Tajrish bazaar opening hours are normally between 10:00 and 22:00, but on special occasions such as Eid-e Norouz, this time will be extended till midnights. Do not miss Tajrish bazaar Fridays, when the stores are all open.

Tajrish bazaar, Tehran is a space, representing the combination of tradition and Modernity. Modern, luxurious shopping malls such as Arg-e Tajrish, Tandis and Ghaem shopping centers are just in a few steps. There are also lots of traditional and modern eateries in Tajrish square and Tajrish bazaar, where people can find their favorite cuisines. Modern Cafés and old teahouses are found in Tajrish shoulder to shoulder. Some of the best Tehran restaurants and Cafés are located in Tandis shopping center and Arg-e Tajrish mall, where you can complete your superb visit to Tajrish bazaar with an unforgettable meal.