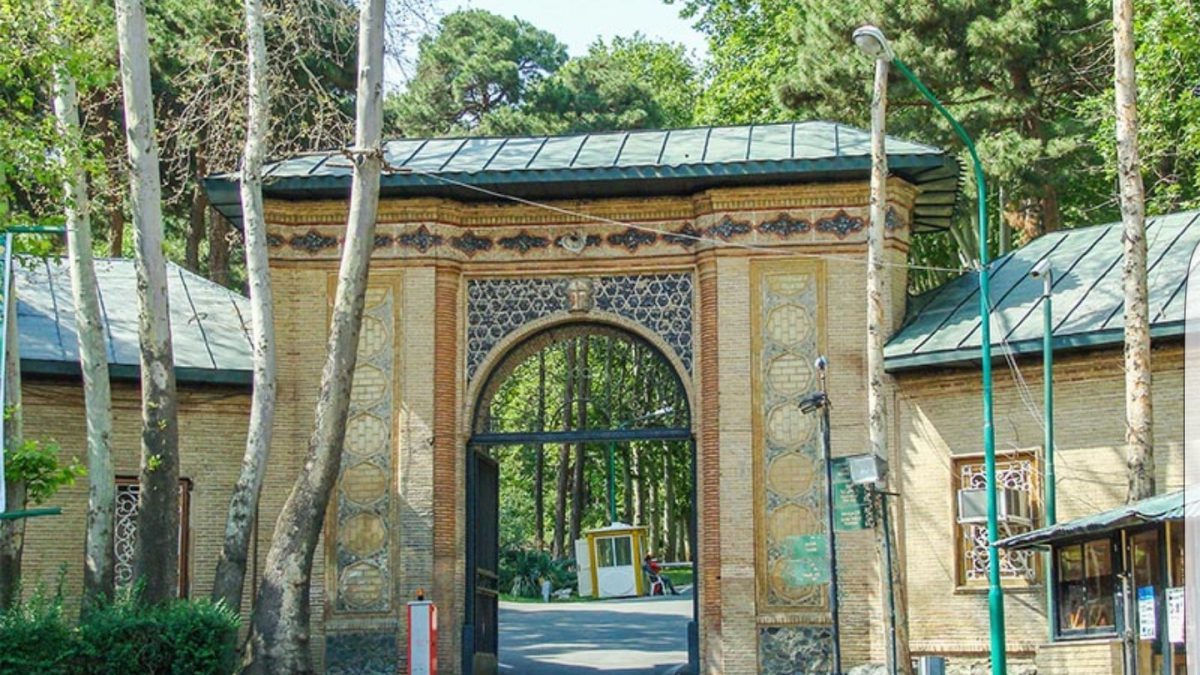 Saadabad Palace, a Must See Complex in Tehran
Attractions

When people think of Tehran, as a metropolitan and the capital city of Iran, they mostly consider it a populated city with lots of traffic. While it is true, there are a number of magnificent museums and beautiful palaces in Tehran that worth visiting. Here, we are going to briefly introduce this magnificent Saadabad Palace in which the last royal family of Iran used to live.

• Where is the Saadabad Palace?

• The History of Saadabad Palace

• Museums and Buildings at Saadabad Palace

Where is the Saadabad Palace?

Saadabad Palace is located in a well-positioned area in the northern part of Tehran, Shemiran area. The complex has borders to the Alborz Mountains in the north, from the east to Golabdare, from the west to Velenjak and from the south to Tajrish Square. The complex covers an area of 110 hectares,

The History of Saadabad Palace

The cultural and historical Saadabad Palace Complex dating back to the Qajar and Pahlavi eras. The complex was built and inhabited by Qajar dynasty initially in the 19th century to be used as a summer palace of the royal family
Later, in the Pahlavi era, especially during the Reza Shah, it was developed and expanded to become the royal residential of his family in the 1920s. His son, Mohammad Reza Shah also lived there in the 1970s.
During the Pahlavi era, on various occasions, palettes and villas were added to the main complex and finally, eighteen small and large palaces were built in the area, each in a different architectural style and technique.
After the Islamic Revolution in 1979, the complex became a public museum, and now most part of it is accessible to visitors. The complex is under the operation of the Cultural Heritage Organization of Iran.

Golestan Palace; a masterpiece at the heart of Tehran
Top 10 Persian Gardens

Museums and Buildings at Saadabad Palace

The cultural and historical complex of Saadabad Palace consists of 17 palaces, museums, and halls. However, today, only 10 of these museums are open to the public as follow:
1. Green Palace: The Green Palace was the first palace built in the complex during the Pahlavi dynasty in order of Reza Shah. Due to the color of its façade, the building is called a green palace. A collection of Persian arts like mirror marquetry, carpets, illumination, and plasterwork are among the fine example of this beautiful museum-palace. Mohammad Reza Shah used this monument as his private palace where his private meetings occurred.
2. Nation’s Palace: The Nation’s Palace is the most popular site in Saadabad Palace Complex. It is a two-story building with different sizes of large rooms to act as residence and office of Reza Shah Pahlavi and his son. The rooms were used as the sitting room, waiting room, reception hall, dining hall, and bedroom. You can see some beautiful artworks such as figurines and chinaware in different showcases all over the house. Furniture, chandeliers, and paintings are from European countries. There are also four big mural paintings with the subjects of Iranian myths.

3. Nations’ Museum: This collection consists of various artworks of Iranian as well as non-Iranian artists from other countries such as African, Indian, Far East, Eskimos, and Mayas. These items represent the civilizations of Iranian art, especially during the pre-Islam era.
4. Fine Arts Museum: One of the most amazing museums at Saadabad Palace complex is Fine Arts Museum. This mansion was built during the Reza Shah era and is decorated with black marble stones from ValiAbad in Chaloos (Mazandaran province) and was therefore called “Black Palace”.
There are numerous beautiful paintings with western and eastern styles on display for our dear visitors.
This painting gallery consists of: Works by the most recent famous Iranian painters such as: Sohrab Sepehri, Hossein Mahjobi, Faramarz Pil Aram, Hossein Zende Roodi and miniature paintings by masters Hossein Behzad and Kelara Abkar as well as beautiful manuscripts by Master Mir Emad Hassani Ghazvini From Iranian artists from the Safavid era (1501-1722) to the Qajar era (1794-1925).
In the remaining sections of this palace, there are western paintings from the 17th to the 20th century. Some of the painters are Salvador Dali, Peter Graham, Ivanovic Shishkin, and Joule Berton.
5. Behzad Museum: Behzad Museum is one of the most popular places at Saadabad Palace Complex. This museum is devoted to the miniatures painted by Hossein Behzad (1895-1968) who made a revolution in Iranian painting. Behzad studied European art and was inspired by Kamal-ed-din Behzad and Reza Abbasy. He introduced a new style of a miniature on paper, hard paper or fiberboard. His style is purely Iranian, but it has kept on with its contemporary paces and changes of art in universal art schools.
6. Museum of Anthropology: The lifestyle and customs of Iranians through the history are displayed from a cultural perspective at this magnificent area at the Saababad Palace Complex. In a vast area and of two floors, various objects are exhibited like tools for irrigation, agriculture, husbandry, fishing, and hunting as well as agricultural documents, clothes, lighting tools and handicrafts.

7. Abkar Museum: The miniatures in this museum are works of a 20th-century artist called Klara Abkar who had her particular style in painting. Her source of inspiration was the rich Iranian literature and mysticism. Her works take the visitors to a world of spirituality and a poem-like or light-music-like harmony that gives everyone’s eyes peace and tranquility.
8. Mir Emad Museum: The main subject of this museum is the most prominent post-Islam Iranian art namely calligraphy. On paper and parchment, there are plenty of various calligraphic styles of writing belonging to the 10th to 19th centuries. Mir Emad, himself, the most well-known 18th century’s calligrapher, has been introduced by his works. In some cases, some calligraphy-related arts like illumination, painting, etc are exhibited.
9. Water Museum: This museum is an exhibition of ancient and traditional techniques and instruments for water supplement and distribution. Various water-related vernacular structures are introduced like water reservoirs and traditional icehouses. Some ancient water dams and royal orders concerning them are presented as well.

10. Military Museum: Museums and exhibitions at the Saadabad Palace are not only about art and culture, at Military Museum, the military uniforms of Achaemenian up to the present time are exhibited. The weaponry on display consists of some unsophisticated ones used in the ancient times until the firearms periods. Part of the history of the Iraqi-imposed war against Iran (1980-1988) is also exposed to visitors.