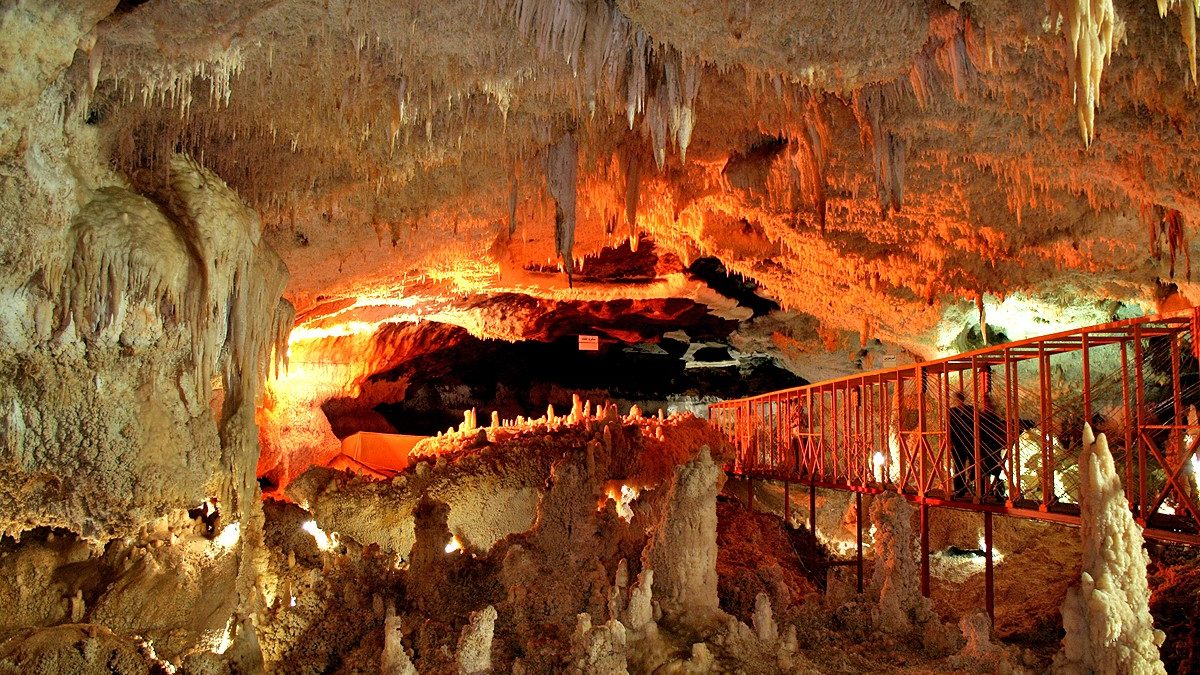 Quri Qala cave in Kermanshah province is one of the natural and tourist attractions in Iran which, in addition to some 65 million years old, it holds the title of the largest water cave in Asia and the longest caves of Iran.

If you decided traveling Kermanshah, don’t forget to visit one of the most beautiful caves of Iran.
There are numerous caves in Iran which some of them, along with unique beauties and features, have a history of millions of years. Among these Quri Qala cave is one of the most famous natural attractions in the country. Experts estimate that this ancient cave is over 65 million years old. But one of the most important features of the Quri Qala cave, is its breadth; that it has taken first place among the other caves of the Asia continent.

Follow us to know more about Quri Qala Cave:

• where is cave of Quri Qala

Where is Quri Qala Cave

This beautiful and old cave, about 87 km from Kermanshah province 25 kilometers from the city of Ravansar, adjacent to the Ravansar route to Pave and on a mountain, slope called “Shaho” is located.

The beautiful and picturesque nature of the area where the Quri Qala cave is located is also popular with tourists. This is one of the caves of Iran which is located in one of the most spectacular valleys in Kermanshah province. This valley enjoys valuable forest features, numerous springs, stunning natural landscapes and pleasant climate. Also, the presence of forests of oak, fig, cherry, wild almond, along with animals like foxes, rabbits, goats that live around this cave has created a special effect in this area of the province.

Quri Qala cave is listed as one of the seven National Natural Monument of Iran. The Cave was discovered by some English cavemen about 40 years ago. After the discovery of the cave, another group of French cavemen explored this National Natural Monument of Iran. In terms of area, the Quri Qala cave is one of the largest water caves among the ancient caves.

Depth of cave ponds reach to 14 meters. The temperature inside the cave is 7 to 11 degrees centigrade and is constant throughout the seasons. In this natural work there are spectacular sections such as Maryam Hall, camel hump Hall, limbo Hall, Crystal Hall and Bride Hall you can visit them when traveling Kermanshah.

The rocks in this area are white and shiny crystals and if anyone wants to pass them, their footprint will remain in this area. Quri Qala cave is one of the most beautiful caves of Iran and tourist attraction in Ravansar. This cave is biologically being the habitat of a rare bat species Called the Bat Mouse.

What has attracted everyone’s attention and wonder more than any of the other features of the cave, are the presence of four waterfalls at a depth of nearly 3,000 meters. Each of them has a height of 10 to 12 meter. Which is unique and is not similar to other caves of Iran.

This cave is also historically and archaeologically important. In this amazing cave, some artifacts have been discovered, which some of them belong to the late Sassanid period and the reign of Yazdgerd III. These include silverware decorated with Quebec motifs and birds like dorna.

Experts call the Quri Qala cave Geometrically shaped to a tunnel with Cross section cutting resembling. They believe that stalagmite and its spectacular stalactites were caused by lime activity.

Visiting this cave on traveling Kermanshah will give you a unique experience!

Two different phases have been considered for this cave following various discoveries. Pay attention to them during traveling Kermanshah:

 In the first phase by about 500 meters long, two halls have been identified, namely the camel hump Hall and the Maryam Hall. In Maryam Hall, which looks like a large lake, beautiful candles can be seen. These candles are transformed into various forms, each evoking special images in the eyes of the visitors. Various forms of camel side view, camel hump, snake, vulture, stone lioness, white House, heart, ship, Pisa tower, Santa Claus, Ferdowsi statue, parrot and so on are among the most beautiful and spectacular images. The reason for naming this hall to Maryam is also due to the presence of a candle in the form of Hail Mary in this part of the cave.

Finally, when traveling Kermanshah, visiting one of the beautiful caves of Iran, Quri Qala cave, put in your itinerary.