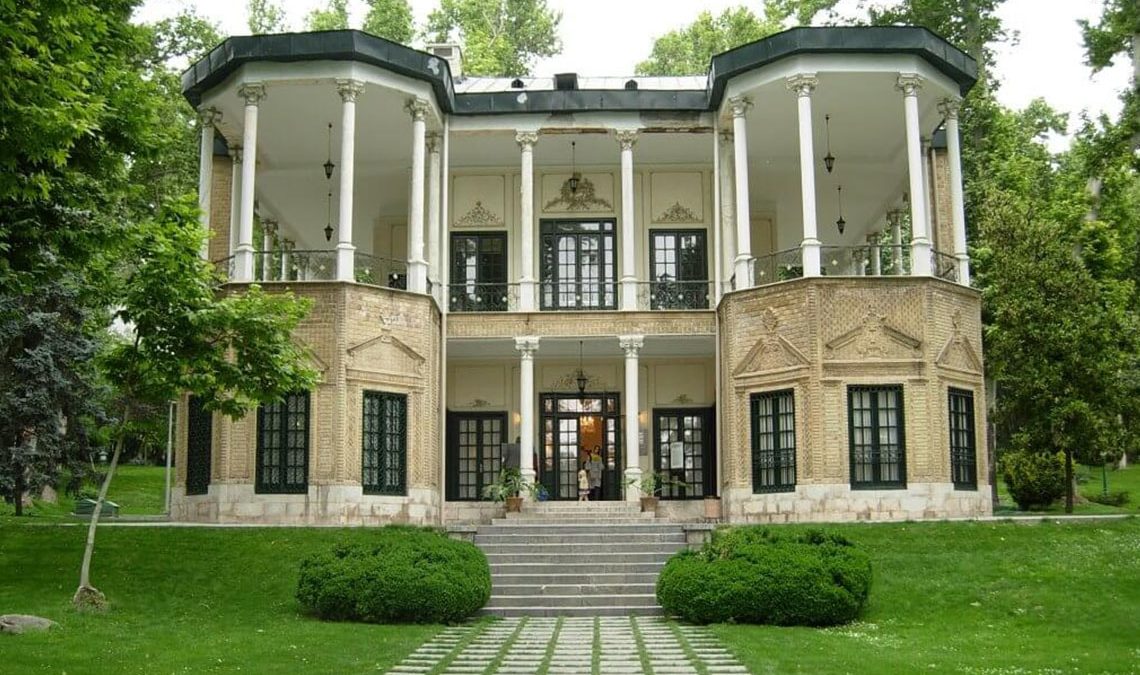 Niavaran Palace Complex, the historical palace of the Qajar and the Pahlavi dynasties, is a precious treasure in Tehran Province. The stunning architecture, the eye-catching interior design, the fabulous decoration, and the European royal-style furniture of the Niavaran complex have all made the palace a must-see Tehran attraction, favorable by all Tehran tours. Like all other Iranian Palaces you may visit in a historical tour, Niavaran Palace is certainly worth visiting during your Tehran travel.

Located in a well-situated area in northern Tehran, Niavaran Palace attracts many daily local and foreign visitors, who enjoy spending a few hours walking through the beautiful Niavaran Garden, as well as visiting the astonishing monuments in Niavaran Complex in Tehran. Taking a look at Niavaran Palace Map, you will find it on the southern slopes of the Alborz Mountains, where it is surrounded by refreshing gardens and parks as well. If you like to know more about Niavaran Palace architecture, history, and Niavaran Palace opening hours, keep up with this brief record in the following.

There are many precious paintings, painted by the world’s most famous artists, such as Pablo Picasso, Salvador Dali, Paul Gauguin, and Pierre Renoir displayed in the Mirror Hall of Niavaran Palace.

Niavaran Palace complex is situated in an area of eleven hectares in northern Tehran, Niavaran (or Ney-Avaran) district. The area with pleasant weather was selected by the Qajar kings as their summer accommodation. The garden was built under the command of Fath-Ali Shah Qajar in this rustic region (formerly called Gordeh-vey). Mohammad Shah Qajar later on constructed a small monument, while Nassir-al Din Shah Qajar added his private palace Saheb Qaranieh in 1267 A.H. The latest king of the Qajar dynasty, Ahmad Shah, erected his astonishing private pavilion, Ahmad Shahi Pavilion, at the end of the Qajar dynasty as well.

Reza Shah Pahlavi reconstructed Saheb Qaranieh Palace for the celebration of his son’s wedding to Empress Fouzieh in 1938. They brought some excellent Persian carpets from Golestan Palace to Niavaran Palace complex, ordered some fine European wallpapers, and changed the furniture. The main building of the Niavaran Palace (Niavaran Private Palace) was constructed by the Iranian architect, Mohsen Foroughi, in 1957 under the command of Mohammad Reza Shah Pahlavi. The palace was applied as the formal royal reception first, but finally, the royal family chose Niavaran Palace Tehran as their royal residential palace. The Pahlavi family was living in Niavaran Palace complex Iran until the last hours before leaving the country forever. A few years after the revolution of 1979, Niavaran Palace Complex Tehran changed into a museum under the operation of the Cultural Heritage Organization of Iran.

You may see several monuments surrounded by the old garden trees on the Niavaran Palace map. The buildings belong to the Qajar and the Pahlavi dynasties. Some of Niavaran Complex monuments are Saheb Qaranieh, Ahmad Shahi Pavilion, the Private Palace, and Shah’s Exclusive Cars Museum. Each of the monuments is decorated and designed by expert Iranian and foreign designers. Niavaran Palace Iran offers the best examples of the Qajar and the Pahlavi architecture. You can trace both pre-Islamic and post-Islamic architecture in different monuments of the Niavaran Complex. The interiors, halls, reception rooms, sitting rooms, chambers, pond houses, and dining halls are offering the eye-catching architecture and interior designs of the Iranian artists. The halls and chambers are mostly ornamented with fine plasterworks, mural paintings, owrsi, mirror-works, and marquetry.

Watching Niavaran Palace photos, you will easily recognize that all the furniture of Niavaran Palace Iran is extremely luxurious. The curtains, wallpapers, chinaware, chandeliers, decorative items, and tableaus are all the best possible brands imported from the European countries, specifically from France and Germany. You can walk through the corridors of the Niavaran Palace Iran for hours and feel like walking in a fabulous European museum.

The architect of the Saheb Qaranieh Palace, Haj Ali-Khan Hajib-al Dowleh, constructed the main monument equipped with several royal bedrooms and chambers, inwards, and harems. There is a stunning Pond House (Howz Khaneh) and an exquisite sitting room (Korsi Khaneh) in this building of the Niavaran complex in Tehran, which offer excellent architecture, fine plasterworks, and eye-catching mirror marquetry and Owrsi. They are decorated with fine furniture, painted wooden boxes and pen-cases, as well as beautiful mural paintings and calligraphic works.

The Mirror Hall (Jahan Nama Hall and Museum) is an exquisite part of the Niavaran complex, ornamented by fine mirror decoration, which was used as a museum for exhibiting artworks bought by or dedicated to the royal family. There are many precious paintings by the world’s most famous painters, such as Pablo Picasso, Salvador Dali, Paul Gauguin, and Pierre Renoir displayed in the Mirror Hall of Niavaran Palace. You can also see a few excellent visual works by great Iranian artists like Parviz Tanavoli, Bahman Mohasses, and Sohrab Sepehri. In the western alcove of the hall you can see a collection of weapons from the Zand and the Qajar dynasties as well.

The curtains, wallpapers, chinaware, chandeliers, decorative items, and tableaus are all the best possible brands imported from the European countries, specifically from France and Germany.

Ahmad Shahi Pavilion is a stunning monument in an area of 800 square meters at the heart of the Niavaran complex in Tehran. The building offers the excellent Niavaran Palace architecture dating back to the Qajar era. Ahmad Shahi Pavilion, which used to be the summer palace of Ahmad Shah Qajar, was reconstructed by Mohammad Reza Shah Pahlavi for celebrating his wedding to Empress Farah Diba. After the accommodation of the royal family in Niavaran Private Palace, the pavilion was used as the imperial office of the Shah.

Built between 1958 and 1968, the original and the newest part of the Niavaran Palace Museum is the Niavaran Private Palace of Mohammad Reza Shah family. At a very first glance at Niavaran Palace photos, you will notice the more modern architecture of this monument. The retractable roof, which opens the center of the palace to the sky, is one of the modern architecture elements you can see in Niavaran Palace complex Tehran; however, the rectangular shape of the building and the tall pillars are highly inspired by traditional architecture. The European royal-style furniture and decorative items are all French brands, and the magnificent, intricately woven carpets are from Kerman.

Apart from the Niavaran Palace private cinema, dining rooms, reception rooms, conference room, anteroom, and the Shah’s office, you can see the Blue hall, Farah’s secretary room, royal family members’ bedrooms, and children’s maids’ rooms in this building. You can also see Empress Farah’s stylish gowns as well as the Shah’s walk-in wardrobe full of dozens of uniforms in the Niavaran Palace museum. The Shah’s private garage in the garden which is now Shah’s Exclusive Cars Museum, offers the royal family’s automobiles and motorcycles as well.

Located within the Private Palace, Niavaran Palace library is a family library and music room in an area of 770 square meters. The magnificent roof of the library, designed by the American Charles Sevigny, offers 4356 bronze and glass cylinders, which supply the needed light of the library. There are more than 23000 volumes of books in here, along with several visual artworks and musical instruments.