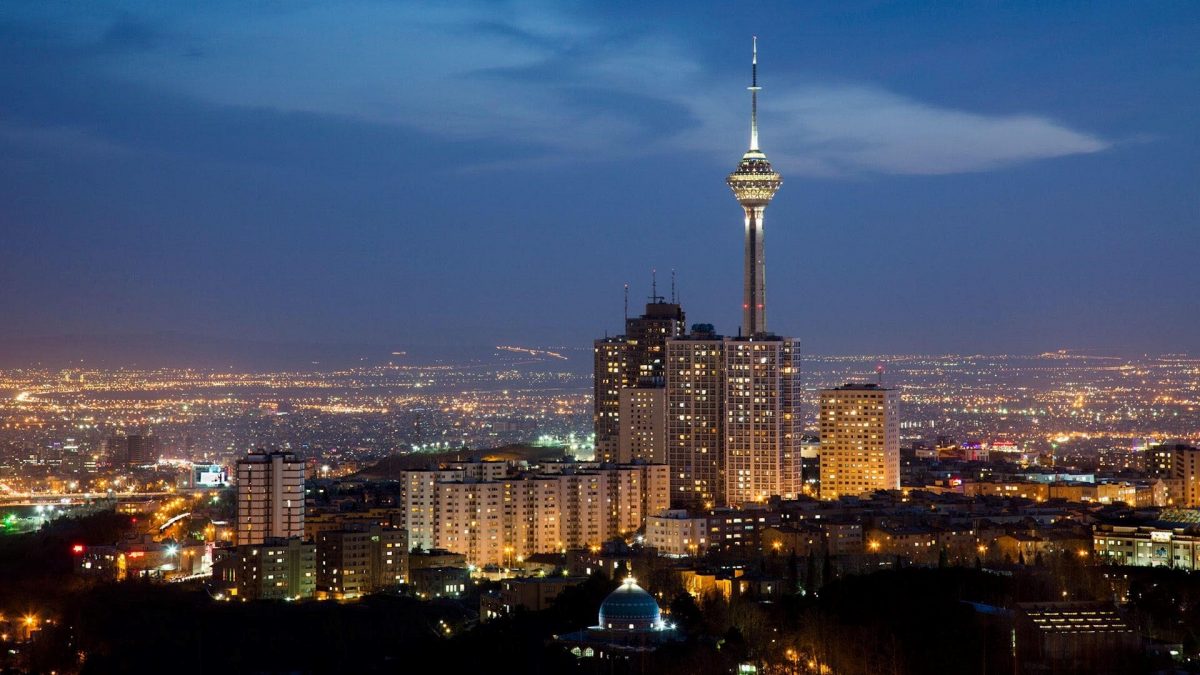 Also known as Tehran Tower, Milad Tower (Burj Milad) is a super-tall structure, multi-purpose tower, dominating the skyline of Tehran. Along with Azadi Tower and Tehran Tabiat Bridge, Milad Tower is considered an iconic structure of Tehran which is unmistakably noticeable almost from everywhere in the city due to its height. The overlooking terrace of the tower is the right place for having a full view of the city. Stay tuned if you want to know more about Milad Tower, Tehran.

Contents hide
Milad Tower Information at a Glance:
The History of Milad Tower: The Revival of an Old Project
Milad Tower Height and Structure:
Milad Tower Facts:
A Cultural-Recreational Tower:
Milad Tower Dolphinarium:
Darband Tehran: A Place for Deep Breaths and Delicious Foods!
Golestan Palace: A Sparkling Jewel at the Heart of Tehran

Milad Tower Information at a Glance:

The History of Milad Tower: The Revival of an Old Project

Tehran Milad Tower, as a part of The International Trade and Convention Center of Tehran, used to be an element of the Shahestan Pahlavi Project, an extensive proposal for a new government and memorial center for Tehran, designed in the 1970s but never constructed. The project was awarded to the Llewely Davies Company, in an international competition, and the construction was officially introduced on August 19, 1975, with Mohammad Reza Shah Pahlavi and Dr. Gholam Reza Nikpay, the Mayor of Tehran.

Since the construction of Milad Tower, Iran goes back to the period after the 1979 revolution, another narrative is heard as well. The new Iranian government planned to design a new symbol for the capital city Tehran, to replace Azadi Tower, the notable sign of Pahlavi’s reign.

The construction of Milad Tower Tehran was commenced in 1997 and completed in 2007, while the tower opened on 7 October, 2008 by the Mayor of Tehran Mohammad Bagher Ghalibaf and members of the city council of Tehran with the slogan of “The Sky is Near” and Milad Tower logo was unveiled as well. The event was covered by more than 250 local and foreign journalists.

Milad Tower designer, Mohammad Reza Hafezi was the head of the whole project as well. He has displayed Iranian contemporary architecture to the fullest in the design of the tower. Being located between Gisha and Shahrak-e Gharb districts, Milad Tower is standing at 435 meters (1,427 ft.) from base to the tip of the antenna. As a super-tall structure, Milad Tower Iran is the sixth-tallest freestanding structure in the world. The tower with an octagonal concrete shaft tapers to the top where a pod including 12 floors, the roof of which, known as Milad Tower dome or Sky Dome, is at 315 meters (1,033 ft.). A staircase and six elevators are accessible to reach the area.

Being a multi-purpose structure, Milad Tower is the fourth-tallest freestanding telecommunication tower in the world, offering a five-star hotel, a convention center, a world trade center, an IT park, a shopping center, food courts, an observation deck, and Borj Milad Restaurants at the top with a panoramic view of Tehran, as well as some side facilities. At the base of the structure there is a separate international convention center, where concerts as occasionally held.

Milad Tower Revolving Restaurant is the world’s largest revolving restaurant with a panoramic view of Tehran.

-With the total land area of 13,000 m2, Milad Tower Iran is ranked as the first construction among the world’s telecommunication towers.
-Milad Tower Revolving Restaurant is the world’s largest revolving restaurant with a panoramic view of Tehran.
– Gold ice-cream used to be served in Milad Tower Revolving Restaurant, before being banned by the municipality of Tehran.
– Word is that Milad Tower Tehran is situated on the western earthquake fault line.
– The construction of the tower, taking eleven years, cost more than five billion dollars.

Hosting a concert hall, shopping center, food court, Milad Tower dome, cafeteria and restaurants along with museums and galleries, Milad Tower is considered a cultural-recreational center, where people have leisure time. Milad Tower Revolving Restaurant, (known to be the best Milad Tower restaurant), with international cuisines, will be a breathtaking place to eat with the amazing view of Tehran. Special Restaurant (292 meters higher than the ground level), and Eyvaan Restaurant with its traditional Iranian menu and live music are wonderful choices as well.

Milad Tower food court located on the fourth floor, hosts the visitors with fast foods, Iranian, Turkish and Mongolian foods. There are some perfume shops, leather shops, handicrafts and accessories shops in the lobby as well.

Milad Tower Dolphin Park is the highest Dolphinarium in the world and the first non-coastal one in the Middle East.

Milad Tower is definitely one of “must see” Tehran attractions, which should be included in any itineraries. The tower is open to visitors every day from 9:00 to 23:00. Milad Tower entrance fee to visit the observation deck is IR 390,000, and for visiting the first four floors is IR 590,000.

If you need to know more about Milad Tower, you can contact Milad Tower Information: +9821-8585