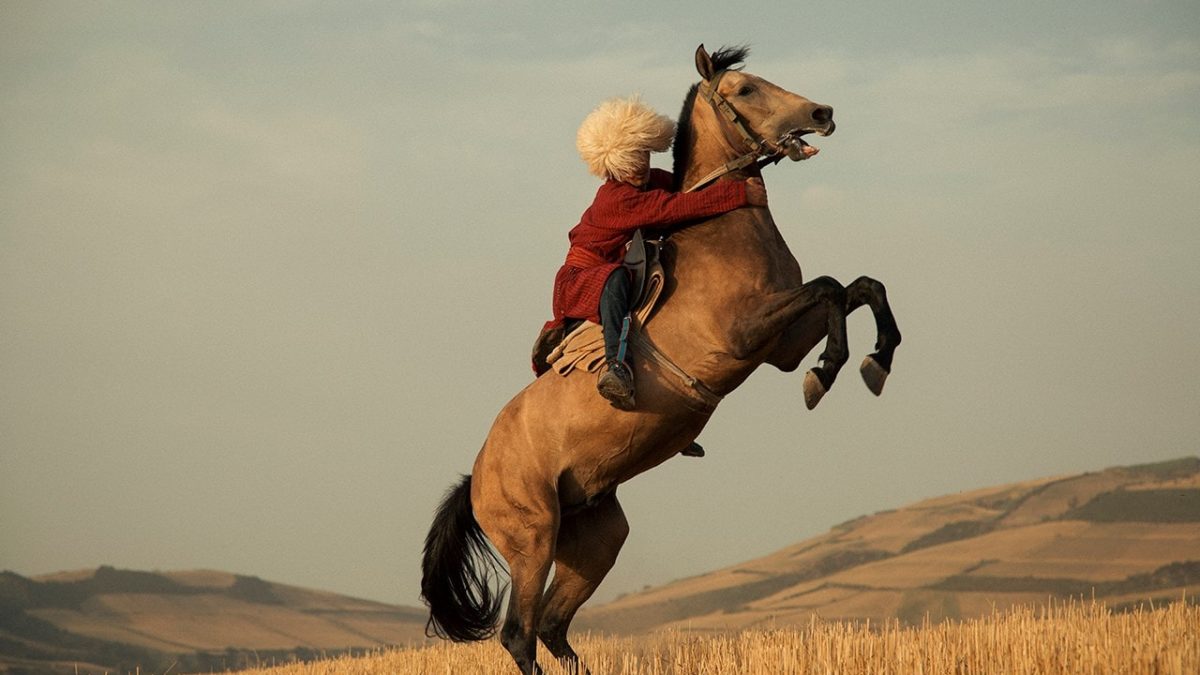 Nobility, purity, and of course, beauty are the three terms that would describe Iranian Turkmen horses. But there’s much more than that. These special creatures have an interesting story to tell when it comes to their journey in the land of Persia.

• It All Started with the Soviet Union

• Crossbreeding and Formation of New Classes

• Where to Find Iranian Turkmen Horses?

• What Makes Them Special?

• The Future of Turkoman Horse in Iran

It All Started with the Soviet Union

Back in the 1920s, when Stalin was building the ground floor for the Soviet Union, some residents of Turkmenistan fled to Iran. But they didn’t leave their honorable horses behind.
As soon as these refugees settled down in their new home in northeastern Iran, normal life began. So, they started constructing their unique tents (called Yurt) and continued to propagate pedigree Turkoman stallions and mares as they did in their homeland.
So, the formation of the USSR is the main reason why we have Turkmen horses in Iran today.

Crossbreeding and Formation of New Classes

Climate and topographic changes were enough to force these immigrants to adjust their breeds.
They needed some horses that can resist the geographical hardships while having no problem climbing the mountains. So, what they did was to create their own crossbreed by combining the blood of Persian-Arab horses with their stallions.
Such approaches later led to the formation of a new class called Lomud or Yomut that is still a trendy breed in Iran. But they are not the only Iranian Turkmen horses. The core varieties are:

• Chenārān (a blend of Arab and Turkoman)

Where to Find Iranian Turkmen Horses?

Khorasan and Golestan provinces are the core locations to find Persian Turkoman horses. These are the cities with the most purebred classes of this kind.
However, Gonbad-e Kavus and Jargalan are the two counties where you can meet the main breeders of the industry.

What Makes Them Special?

Traditional breeding is what makes the Turkmen horses of Iran special. Since the 1920s, Turkomans of Khorasan province (especially those living in the Jargalan area) have been reproducing stallions and mares in harmony with their traditions.
To do so, first, they unleash the candidates and let them move freely around the hills and mountains. A professional breeder observes their unruled performance to decide which stallions are the finest aspirants for the propagation of the next generation.

Unfortunately, Iranian Turkmen horses are in danger due to some unprofessional policies. Right now, there are only 2500 full-blooded mounts of this kind in the region.
However, during recent years, more attention is drawn on the fact that we need better infrastructures to preserve them.
This is while a new law prevents the exportation of these stallions and mares to other countries, which seems to be a good move towards protecting them.

The Future of Turkoman Horse in Iran

The only way of saving these species from extinction is genetic modification. We still have enough time to determine the purest classes and reproduce them to preserve the kind.
As a result of poor regulations, some importers brought several types of mounts to Iran in an uncontrolled manner. Producers, on the other hand, have been mixing these genera with pedigree stallions to create cost-effective varieties for a while now.
So, we need genetics to make a distinction between these newly formed types and those of the pure Turkoman blood. This is the last chance to watch over these horses and change the situation for the better.

There are no legal boundaries to stop you from selling or purchasing this species in Iran. However, you cannot export them to other countries as an owner or trader. The new laws that prevent the exportation of them help to preserve this in-danger genus.

• Are There any Shows for These Horses?

Yes, the “National Turkmen Horse Beauty Festival” is the most recognized show in which the highest-ranked breeders exhibit their stallions and mares. The festival has several sections that include an auction, a race, and a place to buy souvenirs.

• Are There any Auctions?

Yes, there are several auctions in Iran where you can buy or sell Turkoman mounts. A well-known public sale is held a few days before the “National Turkmen Horse Beauty Festival” in Kalaleh, Golestan.
The latest Kalaleh auction was held on April 30, 2019. So, you might need to wait for the next year’s show to buy, sell, or just watch the beauty of these creatures at the festival.
This is the best place to bid on full-blooded kinds of Persian horses. And you’ll be able to meet the top-notch breeders in case you’re into other genera like Persian-Arabs, etc.

• How Pure Are This Genus?

The number of studies conducted on the purity of Iranian Turkoman horses is not satisfying. So, it’s hard to declare how thoroughbred are these species.
However, according to Dr. Ghiadi, a medical doctor who have conducted several genetic studies at the Jargalan Turkmen Horse Stud., there are four categories regarding purity:

1. Those that have roughly 100% clean gene and are thoroughbred.

2. Genera that are believed to have 25% of mixed blood.

3. Stallions and mares that have 50-75% of crossbreed features.

4. And those that are completely (100%) mixed and have found their way into the Persian horses’ gene pool.

• Is It Turkoman or Turkmen Horse?

Both pronunciations and spellings are correct—though there’s a slight difference to consider. Turkomans are an ethnic group of Turkic people who live in Turkmenistan (but very close to Iran and Afghanistan).
So, since these people brought Turkmen horses to Persia, you can utilize both terms to refer to the same species. However, the most accurate way of determining which term suits a class the best would be conducting a gene study on each mount.

Chaharshanbe Soori - Everything about this Iranian Festival