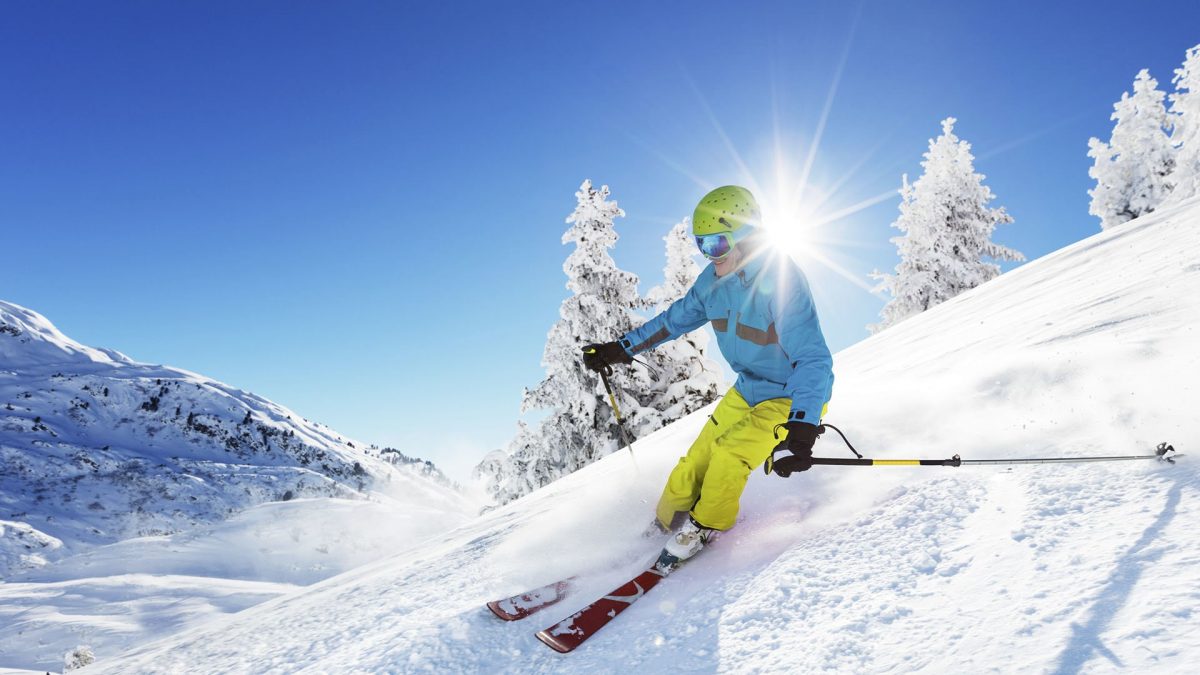 Are there ski resorts in Iran? This is a question you might have asked as a ski lover tourist. Iran is a mountainous country with more than a hundred peaks over 4000 meters. The two mountain ranges of the country, the Alborz and Zagros ranges cover an extended area and offer perfect snowy slopes, excellent skiing routes, and breathtaking landscape. Iran ski resorts invite you to an unforgettable winter holiday, where you can visit one of the oldest civilizations on the earth while having fun in its ski areas. You surely will not be disappointed! Do not miss this record if you want to know more about the ski of Persia.

Iran is a country rich in different cultures, languages, histories, and customs. Besides, the country’s geographical conditions have made it a four-season land with beautiful natural sightseeing. Iran ski areas are mainly located in the north and west parts of the country, where the main ranges are situated. The best time for skiing in Iran usually starts from January to the end of March; however, in some Iran ski areas, you have the opportunity to ski for more than half a year. Regarding snow conditions, ski resorts in Iran are open between November and May. In southern Iran ski resorts, the ski season is shorter but usually lasts until the end of March.
While January and February are the best months for skiing in Iran, you can still visit Iran ski resorts all year-round. Most ski resorts in Iran are open off-season for climbers, hikers, mountain bikers, and grass skiers. If you want to have unforgettable skiing in Iran, plan your Iran ski tour itinerary during the Iranian week-days (Saturday to Wednesday) when the ski resorts are not too crowded. Note of warning: Avoid visiting the main ski resorts in Iran during the Nowruz holiday (19th to 22nd March).

Iranian ski resorts are truly safe. Since the Iranians are outdoor fans, thousands of them go skiing year-round, and the pistes have been always hosting them with safety. However, everything is organized, and in case of an emergency, hospitals will provide damaged skiers with treatment. There are different kinds of lifts, gondolas, and tele-skis in Iran ski resorts to transfer the skiers to the top of the piste.
Every ski resort has at least one rental shop, where you can find skis, boots, clothes, and snowboards. One-day rental for skis and boots usually varies from 15 to 30 Euros. No need to say that skiing in Iran is quite cost-effective for foreigners. Iran ski resorts are often equipped with a training school, where amateur skiers can learn skiing and snowboarding. Restaurants and cafés are available at all resorts as well.

You can always find a hotel, an apartment, a villa, or a guesthouse for an overnight stay near all Iranian ski resorts. Therefore, you do not need to worry about accommodation during your Iran snowboarding and skiing time. Besides, regular shuttles or mini-busses are always available to connect the main cities to villages where the ski resorts are located. You can also get to the ski resorts by private cars, taxis, and online taxis (Snapp and Tap30) that are easy to find and cheap.

As one of the best ski resorts in Tehran Iran, the Shemshak ski resort is one of the most popular Tehran ski resorts. It is located 57 kilometers northeast of Tehran on the southern slopes of the Alborz range in the proximity of Fasham and Meygoon. Shemshak’s major two pistes, Aftab and Mahtab, are hosting professional kiers. Mahtab is the longest slope at an altitude of 1,950 meters. The third slope, Shab (950 m), is equipped with lighting facilities for night skiing.

Tochal ski resort & complex is equipped with a hiking trail, an archery club, a sledge, a bag jump, a zipline, VR Club, cable cars, a Cube Club, a tennis court, several restaurants and cafés, a three-star hotel, and a two-kilometer ride on the snowmobile with a speed of 80000 mph.

One of the oldest Tehran ski resorts, Abali resort, hosts small slopes suitable for more nonprofessional skiers. It is equipped with one cable car, five-button lifts, and one chair lift for transferring the visitors to its highest point at 2,650 m. The resort offers one hotel, six restaurants, and some side facilities, such as a training site, off-piste skiing, downhill skiing, tennis court, horseback riding, and gliding as well.

Khvoshaku ski resort is one of the best ski resorts in Iran, located northwest of the country, in the West Azerbaijan province. It lies 30 kilometers west of Urmia in the Razhan region, close to Khvoshaku village. Lots of people enjoy its blue run and green run, having winter and summer fun year-round.

Payam ski resort is based on the foothills between Tabriz and Marand in the East Azerbaijan province. This is one of the oldest and largest ski resorts in Iran, which started operating in 1867 on an area of 30 hectares and a base altitude of 1,800 meters from sea level. Payam ski resort is equipped with three ski lifts, a training school, snowboarding, and snow tubing.

Sahand ski resort is on the northern slopes of Mount Sahand in the vicinity of Tabriz, North West of Iran. Sahand ski resort has a ski area with a length of 1,200 meters and is equipped with two runs, twelve lifts, two hotels, several apartments and villas, and a sports club.

Alvares ski resort is one of the best ski resorts in Iran. It is located in the Alvares village, 24 kilometers away from the city of Sarein, at an altitude of 3,200 meters above sea level. The resort hosts skiers for about eight months in the year due to the region’s cold weather.

Being located in western Iran, Bijar ski resort is one of the five recreational centers in Kurdistan province. It is open from December to April when the skiers can use the piste at an elevation of 2,250 meters. The resort is equipped with a green slope, ski lifts, chairlifts, hotels, and restaurants.

This old Iran ski resort is located in Chahar Mahal & Bakhtiari province, 85 kilometers away from Shahr-e Kurd city and two kilometers on the eastern foothills of the Zagros Mountains. The ski season in this resort is between November and March, and it is hosting about 20,000 to 30,000 skiers year-round.

Kakan ski resort is located 18 kilometers from Yasuj, the capital of Kohgiluyeh and Boyer-Ahmad province. Kakan ski resort, also known as Dena, opened in 1995. As one of the newest Iran ski resorts, Kakan offers lots of facilities, including snowboarding, a snow sculpturing club, local music shows, several hostels and restaurants, and different lifts. The height of snow in Kakan ski resort reaches 3.5 meters in winter.

Shirbad ski resort is located in the Khorasan-e Razavi province on the slopes of Binaloud Mountain. Offering Iran snowboarding and skiing, the Shirbad ski area is situated between the elevation of 3,000 and 3,200 meters.

Tarik Dareh ski resort is located 10 kilometers away from Hamedan, on the slopes of the Alvand. The ski area which is located at an altitude of 3,000 meters above sea level, is open from December to April. Do not forget to visit Ganj Nameh, an ancient inscription carved in granite from 500 B.C. on the way to the ski resort.

It is the only ski resort in Isfahan, which is located in the Zagros ranges. Being open to ski lovers from December to April, Fereydounshahr ski resort has a slope on an elevation of 3,050 meters above sea level. It has two blue runs, a green run, a ski lift, and a chairlift.