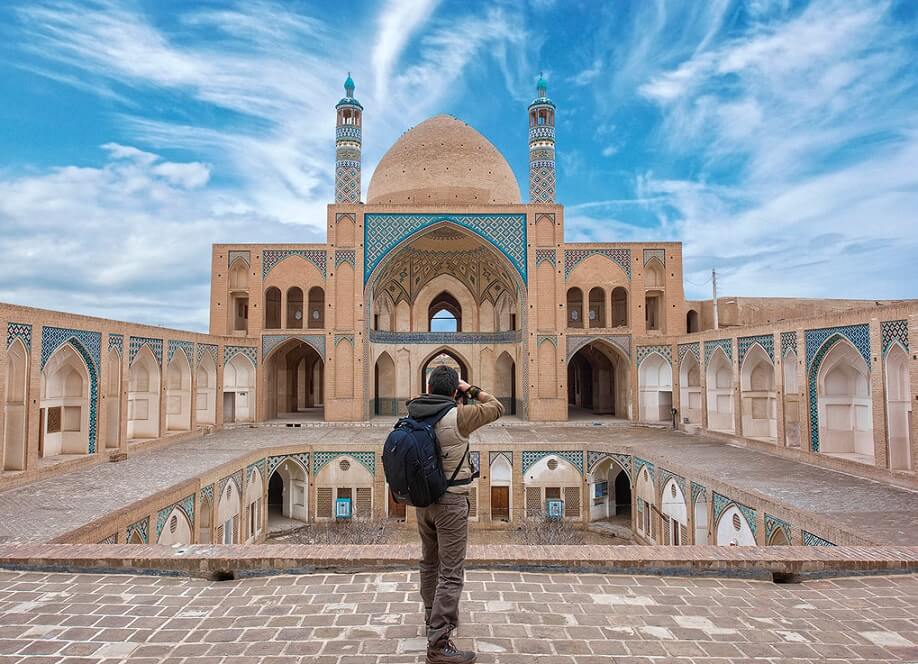 Traveling around the world is a neat way of broadening your horizons. It gives you the chance to get familiar with the types of lifestyle people have in different cultures.
Being among the first nations under one of the world’s greatest emperors, Iran is a wonderful spot for exploration and adventure. Therefore, the kind of lifestyle different dynasties used to have is hugely diverse. Definitely a perfect land demonstrating the best examples of traditional houses, pre-Islamic and post-Islamic style of architecture, is Kashan
Kashan has the reputation of having the greatest historical houses in the world. Each ancient house in Kashan manifests a unique architecture and interior design. Kashan travel is all about sitting in a time machine and surveying into the ancient eras.

The most popular historical houses in Kashan are as follows:

How about reading a love story?!
Once upon a time, there was a man called Seyyed Mehdi Borujerdi who fell in love with a girl from a wealthy family of the town. For impressing the girl and her family, he asked Ali Maryam, one of the well-known architects of the time, to build this magnificent mansion. More than 150 workmen were applied to construct this beautiful traditional house in Iran: Borujerdi house. Finally, he dedicated the enchanting mansion to the girl who became his wife afterward. Sounds reasonable!
Borujerdi house in Kashan is a must-see tourist destination since it has been nominated as the most beautiful house in Asia by President of UNESCO General Conference. The exterior and interior designs of the mansion, filled with glorious paintings and carvings, are truly breathtaking. It is really impossible to appreciate its beauty without seeing it in person.

Visiting Tabatabaee house, an amazing historical house in Kashan, you will find how luxurious life looked like in the past. Tabatabaee house was constructed for the noble Tabatabaee family by the famous architect Ali Maryam who also constructed Borujerdi house formerly.
The carpet merchant Seyed Jafar Tabatabaee ordered the mansion to be constructed for his wife. Visiting Tabatabaee house, you may see all the glorious features of Persian architecture in just one edifice. The house contains four courtyards decorated with wooden doors and windows. The colorful windows of the lounge, which create a dazzling image with the colorful shafts of sunlight, will be an unforgettable feature of this stunning house.
On account of Kashan’s extremely hot summers, historical houses are all equipped with a unique air conditioning system called “Badgir” (wind tower). Tabatabaee house consists of three wind towers, used for cooling the entire house.

Not a love story this time, there is a spiritual purpose behind the construction of this magnificent castle. It may be unbelievable but the word “house” does not really do justice to this splendid construction.
Being the most glorified traditional house in Iran, Abbasi house was dedicated to the noble Abbasi family. It took more than 20 years to build this mansion during the 18th century. The longtime meticulousness has made this castle beautifully decorated. It is situated in a 7000 square meter area with five floors and six courtyards and chambers. Since Abbasi was a prominent cleric and teacher, the main yard of the house was contributed to his religious classes.
Several halls are also located for the guests to enter. Being a historical house in Kashan, Abbasi house has also wind towers and fountains for keeping the rooms cool. The best part of the house called “Shahneshin” (alcove) is a traditional room containing five doors with a ceiling decorated by mosaics. Standing in the middle of the room, you feel like standing right beneath the sky.

Being the largest historical house in Kashan, Ameri house was constructed for the governor of Kashan, Ameri, during the Zand dynasty. Sadly, the house was once ruined due to the earthquake, but it was reconstructed in the 19th century.
Ameri house contains 85 rooms, seven yards, and two bathhouses. Various tile-workings, colorful windows, paintings, and mirrors are used for its adornment. Wind towers erected in Ameri house are the tallest ones among other towers of historical houses in Kashan.
It is located in Kashan neighborhoods, not far from the other tourist destinations such as Bozorg Mosque, Kashan Bazaar, Toy museum, Sultan Amir Bathhouse, etc.

Being not truly a traditional house in Iran, Akhavan historical house is not as old as other historical houses in Kashan. It was constructed by an Iranian architect and was acquired by Babak Akhavan, a Persian entrepreneur afterwards. This house shows a vibrant blend of modern and traditional architecture.

Another famous historical house in Kashan is called Sharifian house. Being constructed during the Qajar dynasty, this house has a very beautiful pond inside the courtyard with enchanting Persian adornments. Being a true model of a historical house in Kashan, Sharifian house is divided into two sections: the interior area (andarooni) and the exterior one (birooni). Since Iranians had so much respect for their religious beliefs, they dedicated the whole interior to the women and servants so that guests could not see them working in the house.