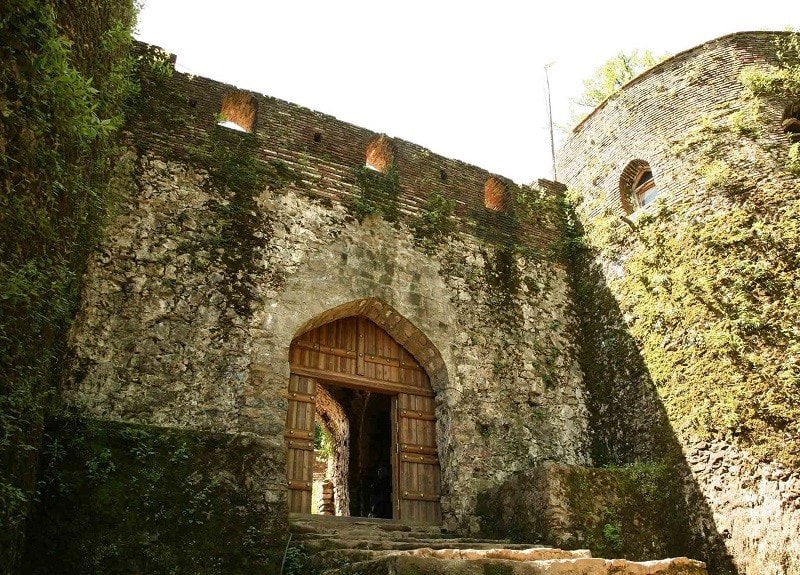 Iran is country with rich history and one of the first countries people of which have turned to construction of historical monuments. Many buildings in the country are dated back to more than 1000 years ago. Castles have been usually used for military purposes and had to be resistant against invasions by enemies; so, their skeletons have been strong and less damaged during time. This is why, Castles in Iran are among the most important of these buildings and high percentage of historical monuments remained from past are of these types.

Foreign tourists and researchers coming to Iran, experience beautiful moments during their visit to these castles; while, glory and grandeur of Iran would be perceived by them. They learn from how people in the past have made progress. Here, tens of the most well-known castles in Iran are reviewed so that you can make a visit to them during your probable travel to Iran.

The most famous castles in Iran

Iran is a vast country with many cities being its capital city during time. Khorasan in the east, Isfahan in the center, Kerman and Shiraz in the south, and Tabriz in the west parts of the country have been all capital cities of Iran during various historical eras; and, there are remains from military castles in these cities. Castles in Iran are scattered all around the country.

One of the most important castles in Iran is Falak-ol Aflak located in Khorram Abad City in west part of Iran. The castle is nowadays dominant on all its surrounding suburbs and the city itself; and, it has been constructed at Sasanid era. At the time, the castle has been called Shapoor Khast Dezh (fortress) and constructed in west part of Iran to prevent invasion of Romans and Arabs.

Due to its strategic status, the castle has been used as headquarter of Al-e Hosnaviyeh and Ganjour government during the reign of Buyids, at fourth century (AH). It was also used as the governmental treasury for Badr Dynasty, and governmental headquarter of Atabakan-e Lor-e Koochak and Lorestan governors at Safavid to Qajar eras, and finally military garrison and political prison at first and second Pahlavi eras; and, these are from among the most important functions of the castle in the past. The castle is considered as one of tourist attractions in Iran due to its vast area, stability and beauty.

Historical Alamut Castle is located at top of impracticable Alborz Mountains at heart in north and north-eastern part of Qazvin; and, it is considered as one of the most important Castles in Iran. The castle is severely damaged today but has been used in the past as central base of activities for Hassan Sabbah the founder of Nazariyeh Esmailian (Hashashin) government and others of their leaders. Due to difficult geographical conditions, Baghdad caliphs and militia have had no access to the fortress. There are many myths about the castle and those groups inside it which has made visiting the castle attractive; and, one of the other strange things about the castle is its very complicated water supply system.

This glamorous and historical castle which is one of the most attractive in the list is located in Susa City in Khuzestan Province, at south-western part of Iran. The castle goes back to Qajar era and has been constructed in French architectural style. Over the hills surrounding the castle, many historical heritages have been found which stone plates of Code of Hammurabi considered as the most ancient written laws in the world are samples therefrom.

This is one of the oldest Castles in Iran in the middle of jungles at north part of Iran near Fooman City. The castle has been constructed at Sasanid era and renovated at Esmailian era. Many people interested visiting north of Iran (one of the most beautiful areas in Iran) put the castle in the list of places to visit, as far as its strange architecture is concerned.

Portuguese Castle located in Qeshm has been constructed in 1507 upon order of Afonso de Albuquerque the Portuguese sailor. The castle is one of the few Castles in Iran constructed by foreigners; and, it has been constructed during invasion of Portuguese to Iran and for colonization purposes. Aforementioned castle has storages for arms, one large water reservoir, barraks, prison, church, hall, and headquarter.

Argh-e Bam has been the biggest adobe structure constructed in the world, located in Bam City. However, in 2003 and upon occurrence of one of the most severe earthquakes in Iranian history, the castle has been destructed. However, it has been reconstructed due to its historical importance and currently it can be visited by those interested in Castles in Iran. The whole building is a big fortress and Argh-e Bam located in the middle of it. However, due to imposing appearance of the Argh which is also the tallest part in the complex, the whole building of the fortress is called Argh-e Bam.

This Castles in Irane belongs to Esmailian era and located at the heart of mountains surrounding Damghan City. Based on myths, Esfandiar has been imprisoned in the castle for a period of time. After Alamout castle being surrounded by Saljuqies, Hassan Sabbah sent his children to Gerdkooh and lived there for 40 years.

This is one of the most beautiful Castles in Iran in the middle of Shiraz, at southern part of the country. At the time of Zandiyeh and ordered by Karim Khan, the castle has been constructed and used as military base for Zandian. However, later and at Pahlavi era it has been turned to prison. This is one of the important tourist attractions in Shiraz.

Tabriz Argh is located in Tabriz City in north-western part of Iran; and, it is one of the buildings remained from the Mongol Ilkhanids era. The castle has been renovated during different periods of time and nowadays it is visited by many tourists interested in Iranian history at Mongol era; because, it is used as a place for different governmental ceremonies.

Forg Castle is one of Iranian castles located in Forg Village from suburbs of Darmiyan in South Khorasan Province, with its fortifications still intact. The castle goes back to Esmailian era and there are many myths told about the castle. It is said that the castle has been used by Esmailian for complicated military trainings and terrorizing their enemies. This is one the most beautiful castles in Iran with many mysteries still not discovered.

In this article, we have had an overview of Castles in Iran and we have found that these castles like pieces of puzzle provide visitors with information about glorious history of Iran. If traveling to Iran, do not forget to visit these historical places in ghoghnos historical tour.