ghoghnos blog > Activities > Valentine’s day in Iran: Even Valentine is Celebrated between lovers in Iran! 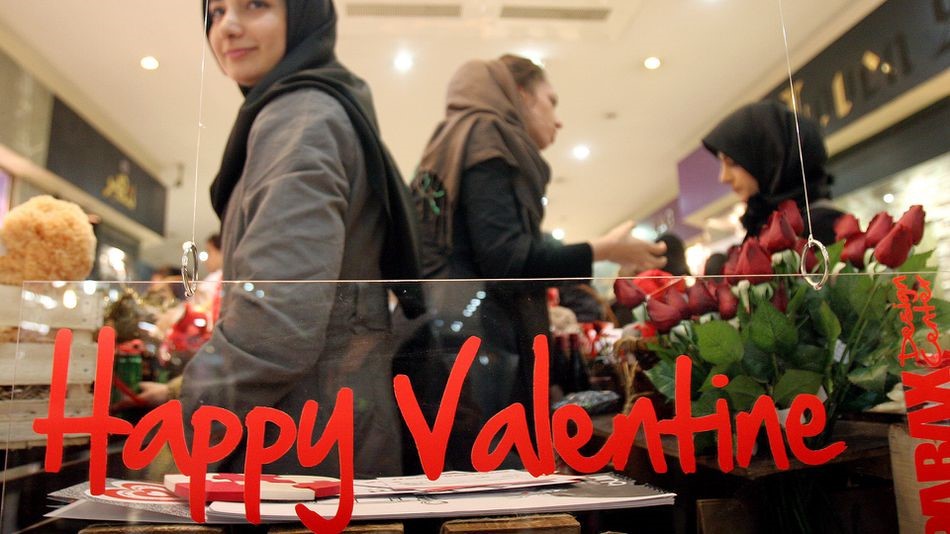 Although, it may seem that Valentine is a Western tradition, it is celebrated among lovers in Iran with red hearts and roses. If you want to know more about Valentine’s day in Iran and how Iranians wish each other a Happy Valentine, read the text below.

In this article we mentioned some points about:

Where does the valentine’s day story come from?

According to Catholic church, there were three different saints named Valentine or Valentinus, all of whom were martyred. There are numerous stories associated with mentioned valentines. One of these states that, valentine was a priest who was lived during the third century in Rome. In Claudius II (the emperor of the time) opinion, single men made better soldiers that those with families. So, he banned soldiers from getting married. Valentine found this decree unfair and he disobeyed Claudius II. He continued to perform marriage for young lovers secretly. Finally, they discovered his actions and Claudius ordered that he be put to death. While saint Valentine was in jail, he fell in love with the blind daughter of his warden. He wrote her a letter signed “Your Valentine” as a farewell before his execution.

We have been celebrating Valentine for many years, honoring one, two or three saints who were the sign of love.

If you get to the streets on that day, you will see everything in red. Many stores change their decoration and are full of red hearts and boxes of roses. You can feel the love atmosphere everywhere. People are happy and look at each other with such a pleasure. In western part, it is common that lovers welcome each other with red flowers and chocolate. But, here is kind of different. As lovers in Iran are so kind and generous, they give each other a red box which is full of flowers, chocolates, dolls and anything you can imagine (that can be fit in the box!). But, wait!
Even, if it doesn’t fit in the box, don’t worry. You can bring it without the box. Lovers in Iran gift each other with huge dolls that sometimes is in the size of a human!

If you want to celebrate your valentine between lovers in Iran and want to have a romantic dinner out with your soulmate, make sure you reserve a table. Restaurants and coffee shops are full of lovers with shining faces where huge boxes are exchanged in Iranian love day.

Well, I have to say although it may seem Iranian lovers in Iran have imitated Valentine from western world, the truth is that celebrating love on a special day has deeper roots in Iran, unexpectedly.

Valentine’s day in Iran traced back to Achaemenid Empire that was the first Persian empire. In the 30-day calendar of Zoroastrian, every day and every month has its specific name. For example, the first day of month was called Urmozd which represents the name of the God. When the name of the day and the month were the same, a “name-feast” celebration was held. The fifth day of the month was called “Sepandarmaz”

Sepandarmazgan or Espandegan, is the name of this ancient Iranian love day. The day is dedicated to “Spenta Armaiti” which was the symbol of Earth. They believed that Earth is the sign of love and femininity. Because, she loves everyone with humility and treat humans like a kind mother. Not only Sepandarmazgan was the Iranian love day, but also it was known as a kind and supportive women and mother’s day. On that day, men gave their wives gifts and thanked them for their support and care. Women were admired socially and religiously in Achaemenid Empire. They have their own rights which represents the high level of knowledge and understanding in that era. Sepandarmazgan is registered on the national calendar of Iranian only 4 days after Valentine. There are some arguments about the exact date of this celebration. Some experts believe is on the 24th of February. While others think it’s on the 19th February. So, the real

It doesn’t matter when or where do we celebrate a day of love. What most matters is that love is a universal language that every person knows how to speak. Love can bring peace, justice and happiness to the complicated world we’re living. So, never forget to love YOURSELF first and all the people around you.

Is it a good Idea? Traveling to Iran with kids?