Traveling to Iran during Muharram 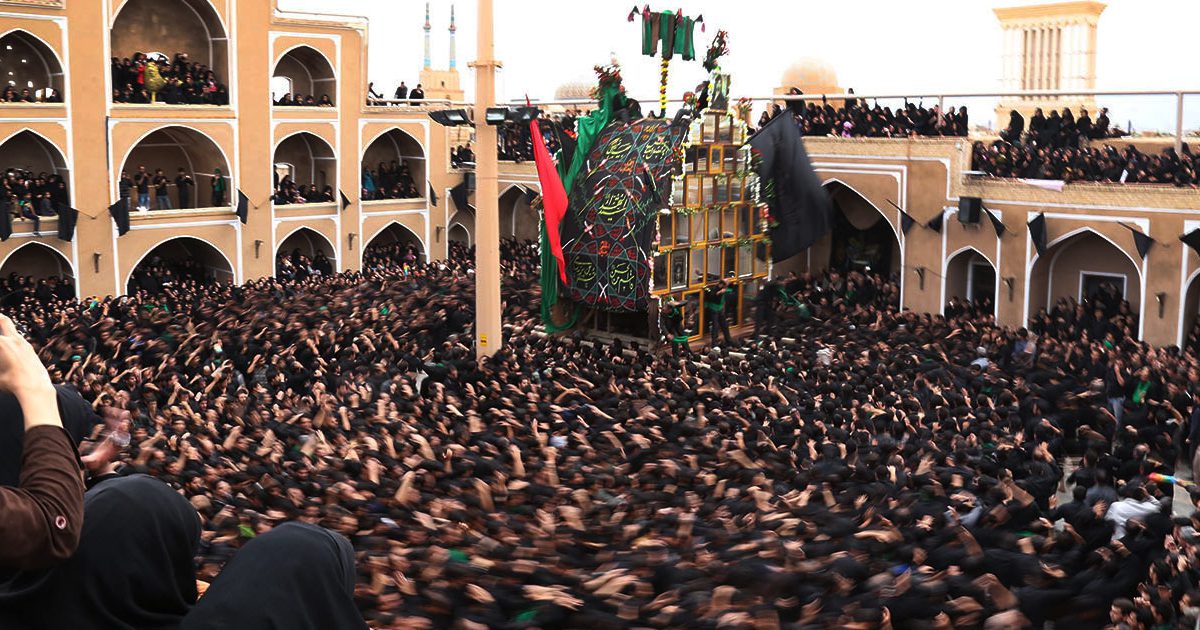 Traveling to Iran during month of Muharram can be an extraordinary experience and a perfect time to experience one of the most important events of Shia Muslims.

Visiting Iran for any non-Muslim tourist who do not know very much about Islam and Muharram ritual, might be a little awkward. Considering the right knowledge of traditions, traveling to Iran during Muharram is a great opportunity to learn about one of the most significant events in the Shi’a calendar.

It’s best to avoid wear bright reds and pinks, especially during the day of Tasua and Ashura, when Iranians observe mourning for Imam Hossein.

All government offices, universities, sporting arenas, cinemas as well as most of the tourist’s attractions like museums are closed During Tasu’a (Monday, September 9, 2019) and Ashura (Tuesday, September 10, 2019).  Most of restaurants are also closed in Ashura (at noon).

Muharram is the first month of the Islamic calendar. The month of Muharram is observed as a period of mourning by all the Muslims, especially those belonging to the Shia community.

Shia Muslims around the world mourn the martyrdom of Imam Hussain, his family and his followers in the months of Muharram and Safar (the second month of Islamic Calendar) every year.

In order to become deeply aware of traditions in Muhrram, you better to become familiar with some expressions:

Tasua & Ashura – The ninth and tenth of the month of Muharram

Ta’zieh – The religious street theatre in the month of Muharram

Tasua & Ashura – The ninth and tenth of the month of Muharram

1379 years ago on the tenth days of Muharram, Imam Hossein, grandson of Prophet Muhammad (Who is the prophet and founder of Islam) and his 72 warriors were killed in Karbala.

Ta’zieh – The religious street theatre in the month of Muharram

Ta’zieh is a play on religious rituals, which is especially performed in Iran during the holy month of Muharram concurrent with the anniversary of the martyrdom of Imam Hussein and 72 of his companions in Karbala.

In fact, the underlying philosophy of Ta’zieh is the war between Virtue and Vice, which has prevailed since the beginning of life.

Noha is a poem the main subject of which is moaning for the martyrdom of Imam Hussein.

One of the most important and symbolic objects used in mourning ritual is Alam. It was the emblem of Imam Hossein in the battle of Karbala and sign of the truth and bravery. The length of Alam is about 15 feet. Alam consists of two steel bars in the shape of a cross will flexible steel blades placed at the upper part of it. Also, Alam is decorated by plumes and fine embroidered silk and brocades.

Sham-e- Ghariban or literally night of the desolated, is the night following the day of Ashura. In this ritual people ignite candles because it’s a symbolic state of burning tents of the Ahlul-Bayt of Imam Hussein (PBUH) on the evening of Ashura, and to express sympathy with the martyrs of Karbala.

In IRAN, when somebody knocks on the door and gives you free foods or dessert, it is called Nazari. On the day of Ashura, you can see people who line up to get Nazri foods and share their food with each other.

Gheymeh is the main food in Muharram. Apart from this, there are some people who serve desserts such as Shole zard (Saffron Rice Pudding).

Iran history – What we known as Persia