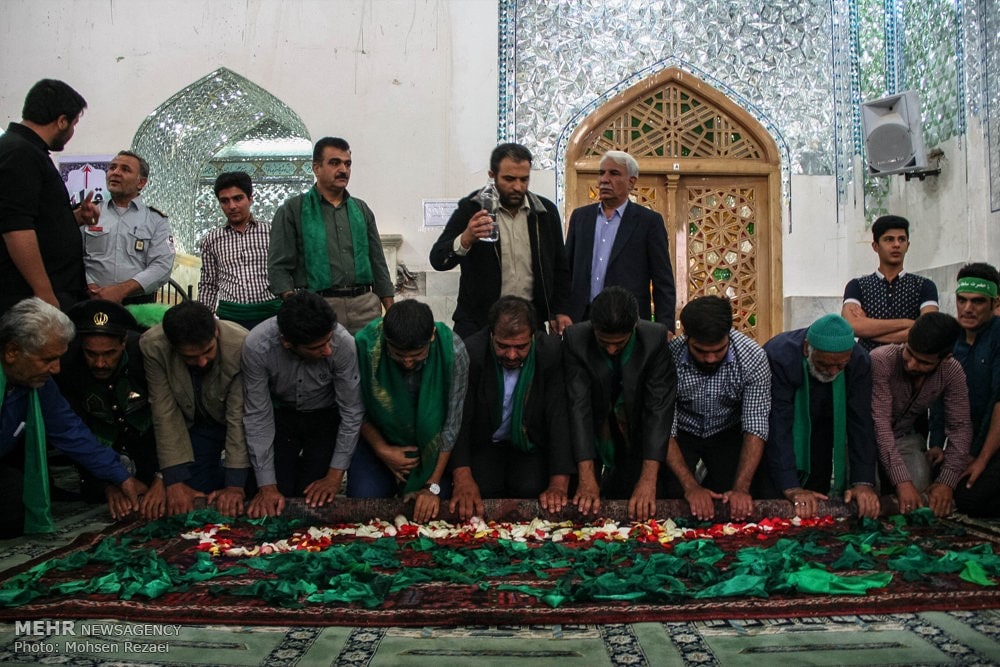 Many travelers looking forward to participating in a local ritual or festival in the destination they are traveling to. Social practices, rituals, and festive events are habitual activities that structure the lives of communities and groups. These activities are significant because they reaffirm the identity of those who practice them as a group or a society. If you are one of those travelers and planning to travel to Iran, you should know that Qalishuyan Rituals of Mashad-e Ardehal in Kashan is one of the most important events in Iran. Here, we are going to briefly introduce this amazing event.

In this article you will read:

• The Qalishuyan Rituals as an Intangible Cultural Heritage in UNESCO

• The History of Qalishuyan Rituals

The Qalishuyan Rituals as an Intangible Cultural Heritage in UNESCO

The Qalishuyan Rituals of Mashad-e Ardehal in Kashan is an intangible cultural heritage inscribed in UNESCO’s list in 2012.
This ancient ritual occurs on the second Friday of the month of Mehr according to Iranian calendar (which is approximately at the beginning of October, by the time of writing the 4th of October 2019). The Qalischuyan rituals are the only Islamic ritual that Muslims hold according to the solar calendar in Iran. All the other Islamic rituals are based on the lunar calendar.
The ritual which is actually a carpet washing ritual in Kashan takes place in Mashad Ardahal Village in the western part of Kashan City. The village is about 42 kilometers from Kashan City.

The History of Qalishuyan Rituals

According to the historical evidence, during the first century after the advent of Islam, the inhabitants of “Chehel Hesaran” (Old name of Kashan) and Fin had suffered a lot from the governor of the time. Therefore, they wrote a letter to Imam Mohammad Baqer, the 5th Shia Imam, and asked him to send a person to promote true Islam and Imamat (leadership) in a true way to their region.
Therefore, he sent his son, Ali, a 32-year-old man, to help them. Later, people started calling him “Soltan Ali”. He did all his best to promote and educate people on Islamic studies. As a result, people really loved him and followed all of his instruction. Therefore, the governors felt threatened and plotted a conspiracy against him, and eventually, they assassinated him while he was praying.

Traveling to Iran during Muharram

When the citizens of Fin Village noticed what has happened, they set off for Mashhad-e Ardehal with wooden clubs and maces in their hands. They arrived at the martyrdom location and had a two-day-fight with the governor to reach the body of Soltan Ali. On the third day, when they reached the body, people put the body on a carpet and carried him to a safe place to bury. Then they washed the carpet in the river next to the place of the funeral. Since then the ritual is known as Qalishuyan Rituals of Mashad-e Ardehal in Kashan.

The Qalischuyan Kashan consists of two words, “Qaly” which refers to rug or carpet, and “Shuyan” which means washing. So, the word Qalishuyan refers to the ritual of carpet washing. Of course, it’s a symbolic action carried out in Kashan on this particular event.

Every year, around 2000 people participate in Qalischuyan Ardahal ceremony. They lament, flagellate and mourn for Soltan Ali. Then, they carry one of the carpets of his holy shrine to a spring which is 150 meters away from the place. This carpet is the symbol of the carpet in which the dead body of Soltan Ali was wrapped in. Here the mourners practice such tradition as a sign of washing the blood of Soltan Ali from the carpet.
Another group symbolically fight against the murderers of Soltan Ali by hurling wooden clubs up in the air. They follow the first group of carpet washers. Before the first group enters the shrine and tries to return the carpet to the place it belongs, they’ll meet with the second group.

Iranian Families - The Value of family in Iran